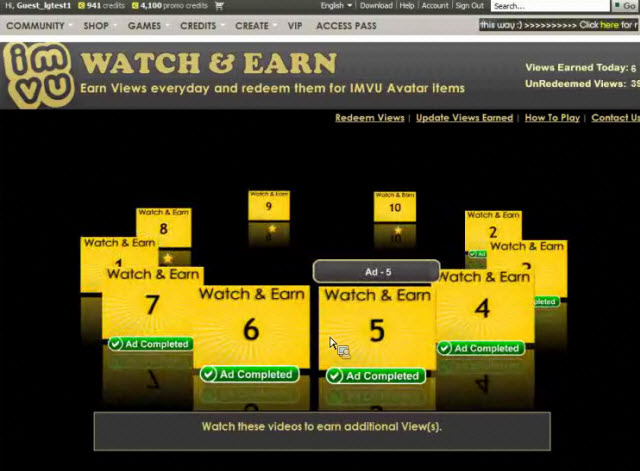 Live  Gamer, a game e-commerce infrastructure firm, has acquired Brandport and GamerDNA as part of a move into the game advertising business.

With these acquisitions, Live Gamer will have more ways to help game publishers make money from their online games. Not only will the company enable publishers to take advantage of virtual goods and micro-transaction business models, it will also help them make money from creative advertising inside their games.

“We want to provide the total revenue solution for our game publishers,” said Andrew Schneider, president of New York-based Live Gamer, in an interview.

With Brandport (pictured at top), for instance, game publishers can offer virtual goods to gamers who agree to watch video ads. IMVU, a fashion-oriented online world, uses Brandport to let users earn virtual currency. The users can watch up to 10 ads per day in order to earn virtual currency that they can use to pay for goods inside the game. 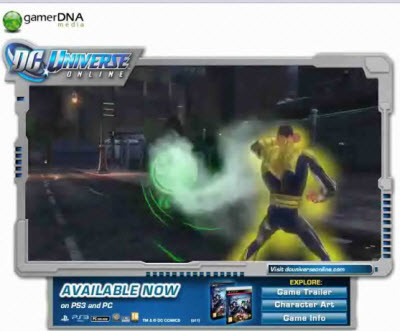 The acquisition of GamerDNA  (pictured right) will give Live Gamer publishers accesss to a hardcore game advertising network that reaches 49 million gamers a month. 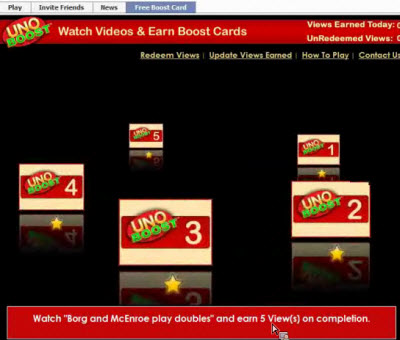 Live Gamer now offers a one-stop shop for game publishers in the online web-based world. Schneider said that game publishers have a bunch of challenges to deal with these days. They have to acquire large numbers of users, since not every user pays for virtual goods in the free-to-play business model. They also have to convince a greater percentage of users to cross from free play to paid play. They must also try to increase the average amount collected from each paying user, and they must try to retain users for a longer period of time. 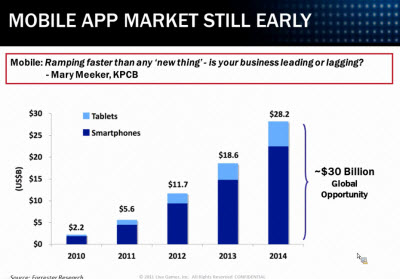 By adding the new businesses, Schneider said that Live Gamer will be able to help publishers monetize their users. To date, Live Gamer’s customers have more than 95 million users.

GamerDNA is the fifth-largest gamer ad network in the U.S. and Europe, according to comScore. Advertisers include Blizzard, Best Buy, KFC, Ubisoft, Sony Online and Namco. Brandport will be re-branded as Live Gamer Ad Elements.

Schneider said Brandport will let publishers monetize as many as 40 percent of free-to-play users, compared to only 10 percent for typical monetization.

Live Gamer has seen 96 percent of users view all daily ads offered to them, resulting in $1 in incremental revenue per viewing user per month. That’s a five-fold increase in total revenue. A dollar per month is a lot of money, considering the average revenue per paying user in a month for a social game is typically around $5 to $7.

GamerDNA was once a gamer social network, but it pivoted into the gamer ad network business more than a year ago. The company still operates web sites such as 360voice.com, Crispy Gamer, and GamerDNA.com.

Rivals include WildTangent, GamePro, and IGN. The purchase prices for the companies were not disclosed.