You’re about to witness a sharp increase in the number of advertisements and marketing campaigns that use live, interactive broadcast platforms.

For example, look no further than the hidden webcams Honest Tea pointed at bottles of tea it left out in the open in various cities, a marketing stunt disguised as test of citizens’ honesty.

Once reserved for “live from the red carpet!” entertainment events like the Oscars and sporting events like the Tour de France, suddenly live streaming is becoming popular with events not shown on television — partly because of the high cost-per-thousand (CPM) ad rates and high levels of interactivity it can command. 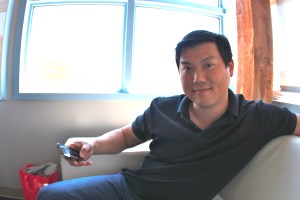 “Advertising is now our primary growth opportunity,” said Ustream founder and CEO John Ham. We spoke with him at the live streaming company’s hip HQ in San Francisco’s SOMA district. “Live content has always had some of the highest levels of engagement in traditional media like television. Some of the highest CPM is during the Super Bowl, American Idol and other live TV events. The reason for that level of engagement is simultaneous reach.” 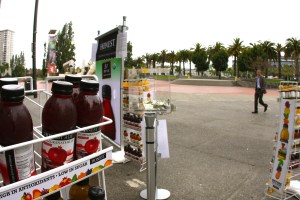 Honest Tea placed bottles in prominent locations, unattended, and let passers-by purchase them on the honor system. The San Francisco location, near the historic Ferry Building, is pictured to the right. Each bottle cost one dollar, and it was up to each individual to decide if they would pay for their drinks. Honest Tea used hidden cameras and Ustream’s live interactive broadcast platform to see how honest folks were.

The campaign found Chicago was the most honest city, with 99 percent of visiters to the pop up paying for their tea. New York came in last with 86 percent paying. San Francisco was 8th with 93 percent.

Even if your city wasn’t competing, you could still be polled online. 99 percent of online users polled said they would pay for a bottle. (Sure, that’s easy to say when a cold bottle of tea isn’t staring you in the face.)

“The digital component really brought the brand to many many more consumers,” said Honest Tea VP of marketing Peter Kaye, in an interview with VentureBeat. “We want more people to ‘like’ us and follow us on Facebook. The live streaming certainly helped. We will have doubled our number of ‘likes’ to over 60,000 in one day.” 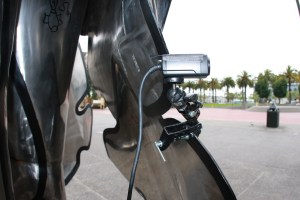 The campaign was effective, and cute, but it was the live streaming that got our attention. Perhaps many unknowing participants didn’t see the the hidden cameras, such as the the one aimed at the San Francisco pop up, pictured to the left. Signs explaining the legal rights to live broadcast and record the event were posted everywhere, but the ice-cold bottles of tea were what passers-by noticed.

Ham points out that Honest Tea’s goal was to reach a specific audience, and that audience happens to match Ustream’s: Young, tech-savvy professionals who use social media to share their favorite products with friends and family. 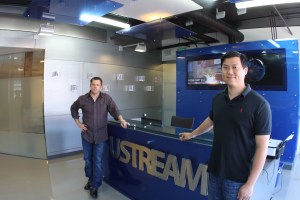 Friends and family were the reasons Ham and Ustream co-founder Brad Hunstable started the company. The two met at West Point and were sent to warafter 9/11. During military deployment the they found the options to communicate with their families and friends were limited.

“When all you have is five or 10 minutes to communicate, you start prioritizing,” says Ham. “You make tradeoffs between loved ones. It hit us: Why can’t we connect with more than one person in a meaningful way? We bet other people would use it. This is a one to many business model. We got out of the army, moved to Silicon Valley and started this company.”

They launched Ustream in March 2007 and today have 150 employees with offices in Los Angeles, Tokyo, and Budapest. The company has raised $87.8 million in investment capital from SoftBank Group, DCM, Western Technology Investors, Band of Angels Fund, and Infinity Venture Partners.

Ham says one of the keys to their current success is that they are integrated into Facebook, Twitter, Ning, AIM and other social networks.

“We allow the brands and the agencies to syndicate directely into their social media,” he says. “Live video and interactivity give customers a new aspect to an existing or new campaign. In the Honest Tea campaign, you get to see people walking by and the choices they are making. It adds an element of credibility and transparency for the company.”

There’s also the ability to partake in the campaign before it starts, during and after. Social media allows potential customers to have a conversation about the campaign from start to finish. There’s no down time. The live element can certainly be a risk, but Honest Tea’s VP of marketing has nothing to complain about today. 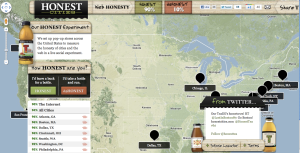 “We did this last year in eight cities,” says Kaye, who is busy churning out follow-up footage and highlights from the campaign. “From what I saw today, this was a big step forward. It is real time, and a good way to showcase what we have going on. It is very worthwhile and a very good investment.”

Ustream competitors include Livestream.com, Justin.tv and Stickam.com. They are all pretty busy these days. Perhaps we are entering the golden age of live streaming.