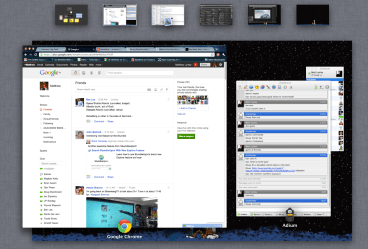 Apple announced Thursday that its latest operating system — OS X 10.7, codenamed Lion — has sold more than 1 million copies since it made its debut on the Mac App Store just one day earlier.

The new operating system costs $29.99 on the App Store. That means that Apple has raked in a little less than $30 million. That amounts to around 0.1 percent of the company’s quarterly revenue, according to the company’s most recent earnings report. The OS has proved pretty popular so far on the store, with around 90 percent of people who download Lion leaving positive reviews.

Apple distributed Lion through the Mac App Store as a 4-gigabyte download rather than on a physical DVD or hard copy like most operating systems. That made it possible for more people to download the operating system quickly. It also sets a standard for future software releases, Gartner analyst Michael Gartenberg told VentureBeat.

“Typically the idea of downloading the 4 gigabyte operating system and installing it over existing stuff and expecting it to work isn’t a common expectation for a lot of users,” he said. “Conventional wisdom says you should do a clean install, and broadband connections are finally fast enough.”

Lion is built to be a more lightweight operating system that takes a lot of inspiration from the company’s mobile iPhone operating system, iOS. (See our hands-on look at OS X Lion.) It features a springboard-style Launchpad for opening apps and introduces a lot of multi-touch gestures that are already prevalent on the iPhone and iPad.