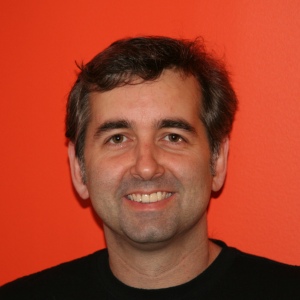 Handmade items marketplace Etsy announced Thursday that CEO and founder Rob Kalin is stepping down and CTO Chad Dickerson (pictured left) will be taking his place.

“With engineering well in hand and a strong partner in Adam Freed (our COO), it’s time for me to focus my attention on other aspects of the business,” Dickerson wrote on the company blog Thursday. “I’m stepping into the role of CEO at Etsy, and I’m looking forward to working with all of the teams at Etsy to move faster as we scale while staying true to our values.”

New York-based Etsy has been around since 2005 and has succeeded at turning its ragtag community of arts-and-crafts sellers into a growing business. While still dwarfed by eBay’s billions in sales each year, Etsy handled $400 million in sales and had yearly revenues of over $40 million by 2010.

Kalin helped establish Etsy in 2005 and gave up his CEO role in July 2008 when NPR exec Maria Thomas took over. Kalin resumed the CEO position in Dec. 2009 after Thomas’ departure.

So yet again, Kalin is transitioning out of day-to-day management with Dickerson now running the show. Dickerson says he will focus on making the company more efficient and try to take more risks to get there.

“I’m going to prioritize the needs of the Etsy community in the broadest sense — Etsy’s sellers, how we work with each other within the company, our local communities, and everyone whose lives we touch,” Dickerson wrote.

Dickerson thanked Kalin for hiring him in the early days of Etsy.

Union Square Ventures’ Fred Wilson sung his praises for Kalin on his own blog.

“Rob is so very much that founder who cares intensely,” Wilson wrote. “He has given so much to the company over the years and he just completed a product roadmap that provides a guidepost for what Etsy will become in the coming years. As Rob transitions out once again, I want to personally thank him for all of this and more. Etsy is his creation and will always be.”

Are you a fan of Etsy? What do you make this change?