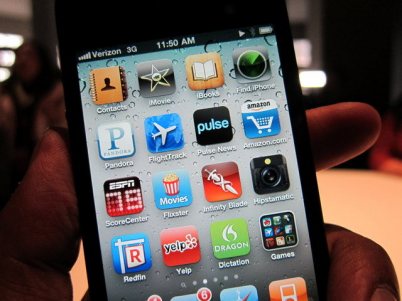 Gazelle, an online site that lets individuals trade in electronics for cash and then re-sells them or recycles them, announced today that it has raised $22 million in its fourth round of funding.

Gazelle simplifies electronics recycling by inviting people mail in their old electronics. Gazelle appraises the devices and pays a fee to the sender, then sells the used products on eCommerce sites like eBay, NewEgg and Amazon.

It’s a pretty efficient business with the company’s revenue up 155 percent year-over-year to $21 million in 2010, Gazelle CEO Israel Ganot told VentureBeat. But, at its heart, the company is still a clean technology company, he said.

The iPhone is the company’s most popular device sent in by the company’s 175,000 customers. The newest versions of the phone usually net around $200 to $300, which, including subsidies from telecommunications companies, is about the purchase price of a new iPhone. The iPad is also a popular device.

“It’s the whole notion that doing things that are right for the environment around renewable energy, cleantech in general, those things are good for your wallet too,” Ganot said. “It really creates a more efficient way to consume the product.”

Gazelle will use another large portion of the funding to roll out in-store mechanisms for turning in and recycling old electronics. That includes training for staff and “some technology” that the company wouldn’t disclose. That could include kiosks or just back-end technology to handle trade-ins.

“We haven’t disclosed who we’ll roll out with, but we’ll be very focused with rolling out with one of our retail partners,” Ganot said. “We’ve done tests in the last year with Walmart, Office Depot and GameStop.”

The Boston, Mass.-based company has 90 employees. It has raised $46 million across four rounds of funding.