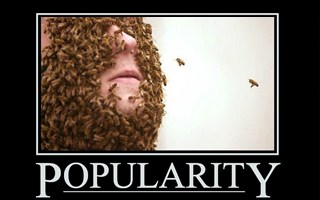 Google+ is a different kind of social network, and trying to calculate whether or not you’re a big deal on Google+ is more complicated than a simple headcount of followers.

VentureBeat tapped Joe Fernandez, CEO and founder of social influence monitoring firm Klout, to talk about how users can measure their influence on Google+. Although Klout isn’t measuring Google+ influence (yet), Fernandez gives some solid advice on how to build a great reputation and “score” on the service.

Fernandez said that since Klout measures influence as the ability to drive action rather than pure popularity, Google+ users have to consider more than just how many Circles they’re in.

“When measuring your effectiveness, consider more than how many people have you in their Circles. Instead, [look at] how many people react to your content and how much reach those people have,” he said. “Influential people on the system get the most +1’s, shares and comments from other influencers.”

Building your Google+ audience of influencers is also a bit different from building a community around yourself or your brand on networks like Twitter and Facebook.

Fernandez pointed out, “Twitter is a public broadcast medium, and it is much harder to converse with a group of people simultaneously. Facebook is predominantly a private network for your close connections. Google+ fills both of these needs; it is the first major network we’ve seen that allows you to both broadcast to a large audience and have in-line conversations.”

The entities who care most about building a large network with significant reach and influence, however, are not social media-loving power users, believe it or not, but brands. Businesses and other commercial entities have a financial interest in understanding the system and using it to their own advantage, perhaps as a megaphone and perhaps as a one-to-one CRM tool.

While brands are currently prohibited from joining the service, business-friendly profiles will be launching within the next few months, and those profiles will bring Google’s trademark analytics tools to the table for better measuring the impact of each share.

“When major brands and celebrities start joining Google+,” said Fernandez, “we’ll get a much better idea of the scale of engagement possible on the system. This is similar to how Facebook’s interactions went to a whole new level when brands started joining and developing pages with multi-millions of fans.”

Of course, Fernandez echoed Google’s advice to brands: Don’t try to use the initial personal profiles, but rather, wait for Google+ business tools to emerge.

“The challenge a brand might face down the road is transitioning followers from an individual [profile] to the brand later. There is also potential risk for a brand to be held hostage by the user that becomes the persona of the brand (like Frank [Eliason] with Comcast).”