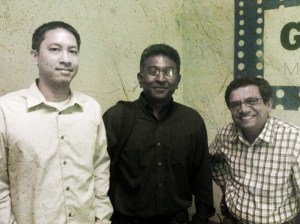 Fuzzy, retro-filtered photo sharing is starting to look like a real business. Now Streamzoo is going after the virally popular Instagram with an updated, multi-platform version of its photo-sharing app, released today.

The Streamzoo team stopped by VentureBeat last week to share the product before making it public.

“We understand this space is crowded,” says Manish Vaidya, vice president of products for Streamzoo. He’s the guy in the middle of the picture on the right (which we shot using the company’s own app) and did most of the talking during our meeting. “We still see a lot of room for innovation, so we’re not threatened by Instagram.”

The CEO is Ram Ramkumar (in the middle) and product manager/designer Michael Vu (on the left).

Instagram recently announced 5 million users. Streamzoo’s first version, released earlier this year, has user numbers in the low 10,000’s, all based in the United States.

“Starting today we will be very competitive with them,” insists Vaidya. “Now we just need power users to spread the message.”

Power users are the ones that use the service heavily, both in posts and interactions with other users. For example, Cannonballx is a Streamzoo power user who photoshops already visually stunning pictures and then uses Streamzoo to get the images out there. 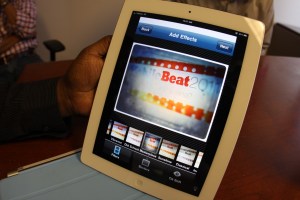 They plan on getting more power users by making it easy to share and organize photos and video through streams shared on two social networks: Twitter and Facebook, with Google+ coming soon. Streamzoo allows users to express their creativity through filters, borders and tilt shift effects, all new in this release.

“We learned filters make ordinary people look very creative and this makes them want to upload pictures more often,” says Vaidya. “We do have to be very careful about how many we offer. You can go overboard with filters.”

People can search for topics and trends in photo streams and stay current with friends’ streams. Also, making the app work across mobile platforms is important to Streamzoo, which supports Android and iPhone. (Instagram is iPhone-only.)

Streamzoo distinguishes itself from competitors by  incorporating video and photos into streams, not treating the two as a separate entity.

As Vaidya demonstrates this feature, he laments the 3G network that painfully slows video loading speed. 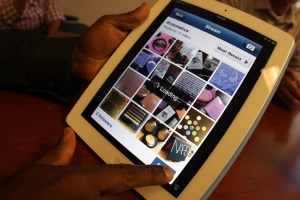 Another feature Streamzoo is rolling out is competitive social sharing. People get points for posting images, commenting on others and there are also points for creating great pictures.

“This is a great starting point to get people sharing and compete,” says Vaidya. “We believe this is very important to build gaming mechanics into the product.

Before we go any further, let’s address the $41M gorilla in the room, also known as Color. The company had one of the most spectacular launches the mobile industry has seen, raising $41M in March 2011. Color’s app lets people organize and share photos and videos by events, groups and physical location, rather than by user. The company has since drifted, as evidence by the lack of users and a handwritten note left on the company’s door for the past 4 months announcing a Color play space is “coming soon.”

Color was based on the concept of an “elastic social graph,” a social experience that improved with use and an increase in users. Streamzoo also uses the elastic social graph conecept, but they say they are unafraid to go there, even after Color’s failure.

“Color’s idea wasn’t bad,” says Vaidya. “The problem is that all of the people in an area don’t share everything in common. Photo and video sharing should be based on topics as opposed to location.” 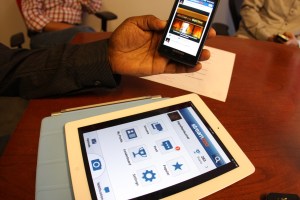 Streamzoo is currently only sharing on Twitter and Facebook. It plans to add Google+ soon, but is first waiting to figure out what happens with Photovine, a photo sharing service launched by Google’s Slide division. The service is in testing with “friends and family,” but public invitations are expected to roll out this month. (Here’s a video that gives a general idea of how Photovine will work).

FaceBook is also rumored to have a photo sharing service in the works. Streamzoo isn’t worried by that, either.

“It’s hard for a big company to come in and focus on a specific need,” says Vaidya. “We are going to do a better job, even if we have a smaller reach.”

“That fist product was quite different from Streamzoo,” explains Vaidya. “It’s almost a different company. We kept the ‘zoo’ in the title because we are building a culture and brand that has been successful.”

Phonezoo was founded in 2006, has 19 million users and is funded largely by Tim Draper, managing director at Draper Fisher Jurvetson. Phonezoo raised $2.7M in financing in 2006 and says it has been profitable since 2008. It isn’t looking for more funding. The more mature and profitable Phonezoo makes it possible for the company to play around and try new mobile apps.

How did Phonezoo get funding from Draper? Turns out the legendary investor is also a song writer, who wrote a song picked up by Don Henley. Phonezoo turned the song into a ringtone and played it for Draper, who had it downloaded to his phone. Draper invested.

What’s next for Streamzoo? Building an ad platform.

“We see people posting pictures while they use products and building a brand on streams,” says Vaidya. “This will build brand awareness. The person that gets the most ‘likes’ for photos taken in the Ritz Carlton could win a free night in the Ritz. It’s a way for brands to reward awareness.”