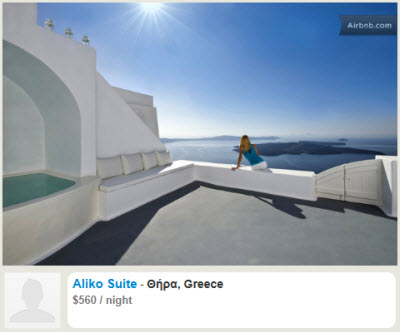 Apartment sharing startup Airbnb has raised $112 million at a $1.3 billion valuation, confirming past rumors about the hot company.

The San Francisco company lets people travel to places more affordably by letting the book apartments from people around the world.

The round was led by Andreessen Horowitz. TechCrunch reported that Andreessen invested $60 million, while $40 million came from DST, $5 million from General Catalyst, and the rest from previous investors and Amazon CEO Jeff Bezos.

The round is the second for the company, bringing its total amount raised to date to $119.8 million.

Airbnb said it will use the capital to fuel its growth around the world.

“Over the past three years, we’ve built a community marketplace for unique properties and brought it into the mainstream and into almost every country on the planet,” said Brian Chesky, co-founder and CEO of Airbnb, in a statement. “Today is a watershed moment – both for Airbnb as a company and for our community – that will enable us to touch new markets and expand our vision to make the world’s most interesting and inspiring places accessible to our users.”

Airbnb has more than 2 million nights booked, more than double its rate of bookings just four months ago. Its web site receives more than 30 million views per month and the number of Airbnb social connections has tripled to 54 million since the launch of that feature in May. The company is preparing to meet demand in markets such as Germany, the United Kingdom, France and Brazil.

Yuri Milner, founder of DST Global, described Airbnb as a transformational company. That’s pretty heady, since Milner has invested in companies such as Facebook and Zynga. Airbnb was founded in 2008 and now has listings in more than 16,000 cities and 186 countries.