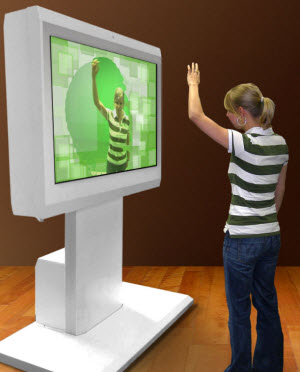 Under the deal, Qualcomm will own intellectual properties related to gesture recognition that are similar to the motion-sensing technologies that Microsoft acquired and created to build its wildly popular Kinect motion-sensing system.

Qualcomm will also hire key engineers from the GestureTek team, while GestureTek will hold on to other assets related to gesture-controlled public displays and digital signs.

Steve Mollenkopf, executive vice president of Qualcomm in San Diego, Calif., said the applications processors that Qualcomm makes for mobile devices are enabling new ways for consumers to interact with home entertainment and mobile devices. The acquisition of the assets from GestureTek will help Qualcomm’s smartphone product portfolio and allow its customers to launch products with new user experiences.

Qualcomm will integrate gesture-recognition technology into its current and future generation Snapdragon chips for smartphones, tablets and home entertainment devices.

GestureTek has been making gesture-related technology for more than 25 years. Its technology was licensed in a number of gesture-related entertainment and education technologies, but Microsoft relied on technologies from a number of companies (including 3DV Systems and Canesta) to build Kinect. Sunnyvale, Calif.-based GestureTek was founded in 1986 and its investors include Vivid Partners, EdgeTech, Telefonica and NTT Docomo.

Here’s a video of GestureTek’s technology in action.