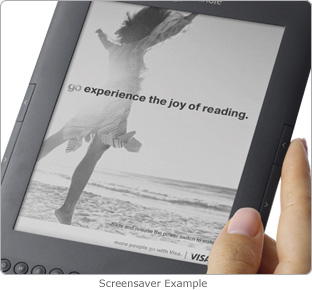 The digerati pooh-poohed it, but Amazon.com’s advertising-supported Kindle 3G with Special Offers is now the company’s top-selling e-book device.

Amazon made the revelation in its quarterly earnings report Tuesday. The $139 device is $50 cheaper than the comparable Kindle 3G, and costs the same as a Kindle with Wi-Fi connectivity only (and no 3G). The advertisements appear only in screensavers (which appear when the reader is in an idle state) and at the bottom of the home screen, so they don’t interrupt the reading experience.

As in the past, the company did not release specific details about the number of Kindles sold. Many believe it is the most popular dedicated e-book device on the market today, having zoomed past the earlier Sony Reader, and kicked off a wave of competition including the Barnes & Noble Nook and the Kobo E-Reader.