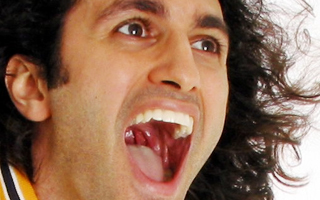 “It’s too hard for startups to raise money,” says AngelList co-founder Babak Nivi. “And investors have to say no to good startups all the time.”

These are the underlying problems that AngelList set out to solve a year and a half ago. And its founders think they’ve met with some success in addressing those problems so far.

The organization, itself an offshoot of startup-focused blog Venture Hacks, has announced some pretty impressive stats to go along with its birthday-and-a-half milestone. So far, at least 8,000 investors have asked to be introduced to AngelList startups. And the AngelList team says at least 400 of those introductions have turned into investment deals.

AngelList is a sort of lonelyhearts service for early-stage startups and the investors who find them fascinating and potentially profitable. The AngelList staff assist in making introductions between entrepreneurs and accredited investors, a service Nivi and co-founder Naval Ravikant think helps to simplify the angel fundraising process.

Part of the problem, says Nivi, is that it’s hard for startups to connect with qualified investors. “There are literally hundreds of success stories and kudos that we’ve gotten,” Ravikant said. “My favorites are usually those of developers and entrepreneurs who were toiling in obscurity, had a great product with traction, but simply didn’t have investor contacts and relationships.

“We basically just connected them to the investor grid and their startups lit up.” Ravikant cites LiveProfile, a startup that had more than 100 introductions and an investment round from Lightspeed Venture Partners through AngelList, and GreenGoose, which, through its AngelList involvement, got two commitments onstage at the LAUNCH conference, had 100 investor requests, and ended up oversubscribed.

But another issue, especially in Silicon Valley, is the crop of would-be angels who don’t know how to get started.

“There’s a set of investors who don’t have access to good dealflow… I’m talking about operators from Google, Facebook, Zynga, etc.,” he says. These folks have the capital, the knowledge and the desire to help startups, so AngelList helps them find startups that appeal to their specific expertise.

However, one facet that surprised Nivi over the past 18 months was the fact that most startups aren’t shy about exposing financial details to a large number of accredited investors to get a fundraising hookup in return. “We have tools for the startups that are more selective to control their distribution more tightly,” he says.

“Being a hacker,” Nivi concludes, “means you’re really passionate about what you’re doing and that you’re not going to follow the rules or conventional wisdom to get where you want to be… AngelList is about taking all that advice and turning it into a product so it’s easier to execute.”

Ultimately, says Nivi, “We can say ‘yes’ to startups more often… We would rather help every startup in the world, all at once. We still can’t help every good startup, but we’re working on it.”