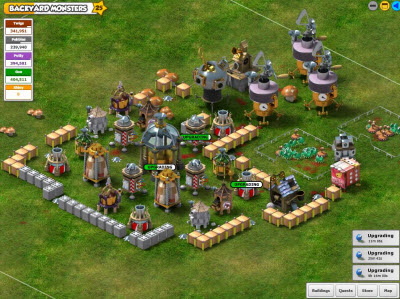 Kixeye, which is growing fast thanks to the popularity of its Battle Pirates game, says that Kabam’s upcoming Edgeworld game is a “re-skinned” copy of Backyard Monsters. Will Harbin, chief executive of Kixeye in San Francisco, said in an interview that the company is “exploring all options” in terms of whether it will file a lawsuit against Kabam.

Redwood City, Calif.-based Kabam said the game isn’t a copy, and it hasn’t yet officially released Edgeworld, which is still in beta testing. Harbin said his company was tipped off by users who asked Kixeye rather than Kabam for support in Edgeworld, assuming the game was made by the same company that made the similar Backyard Monsters.

Harbin said accusations of copying are common but that he feels felt this case is particularly egregious because Edgeworld appears to copy a number of game mechanics from Backyard Monsters. While Backyard Monsters is a battle that takes place between creatures on lawns, Edgeworld is a science fiction game that, on the surface, bears little resemblance. But the way the game plays is virtually identical, Harbin said, as if it had been “re-skinned.” That means the developers took the same basic game and attached new art and a different story to it. In this case, there are similarities with the game play, tutorial, building menu resources and a number of other things.

“They crossed the line where it’s outright copying,” Harbin said. “It’s not only insulting to us. It’s very bad for this space. We are fighting an uphill battle to create hardcore games on Facebook. The more clones there are for these games, the more they could sour consumers on the whole market.”

Kabam CEO Kevin Chou responded: “Kabam’s focus is to develop engaging, deeply immersive games on social platforms that core gamers will enjoy playing. Edgeworld, a new Kabam title still in beta, represents a new step in the continuum of massively multiplayer social games. As a strategy game, it builds and expands on our previous 4 successful strategy games, and features a host of new gameplay mechanics to further entertain and engage our core gamers.”

He added, “Our team draws ideas and inspiration from many sources, including movies, pop culture, science fiction, literature, history and, most importantly, from our players. We’re flattered by the fact that others in the industry are commenting on Edgeworld. It validates our belief that Edgeworld is a great game worthy of attention, and we’ll have more to share about the game soon.”

Harbin noted that Facebook’s Sean Ryan, head of game developer relations, said last week there are plenty of genres that have very few titles on Facebook, such as racing, action, or hidden object games.

“Why should they copy when they can be more creative?” Harbin said. “This is about the industry. We have a long road ahead and I hope we go down the right path. Right now it’s more of the same and it’s a shame.”

There have been many accusations of copying among game makers to date. Zynga was accused of copying Farm Town when it created FarmVille. But Zynga turned around and sued Vostu for copying FarmVille. Kabam’s own Kingdoms of Camelot has been called a clone of Evony. Backyard Monsters has also been copied by the Chinese game Toy Legion on Tencent’s QZone platform in China. Harbin said he is attempting to get that game taken down.

Here are some comparison screens below obtained by Kixeye. 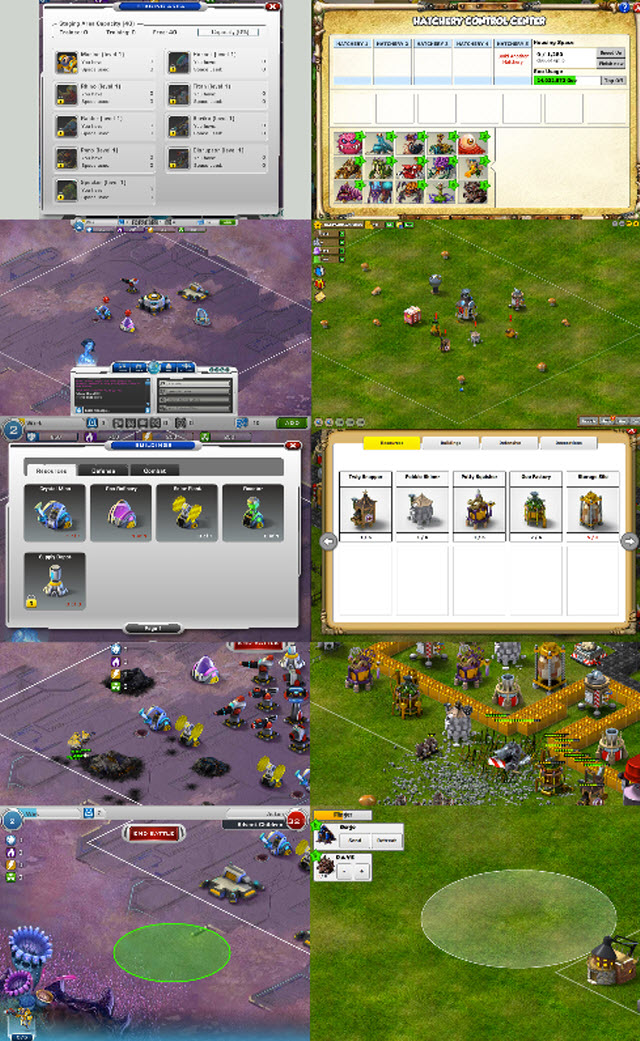