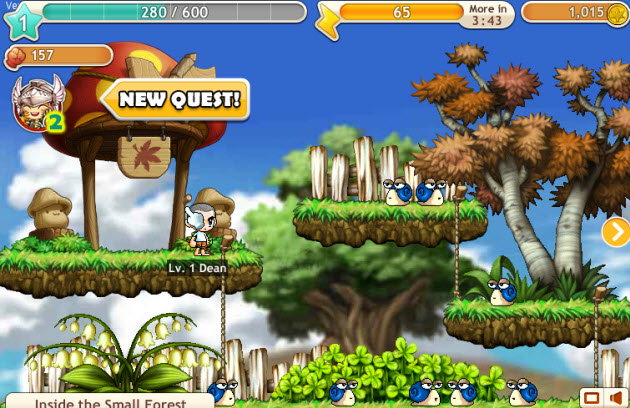 Nexon specializes in making big, downloadable role-playing and action games on the web. Its release of a light Facebook title is a test of whether Nexon can cross the bridge into social Facebook games and compete with the likes of Zynga, which has 262 million monthly active users on Facebook. It’s an important game for Nexon, which is reportedly contemplating going public. 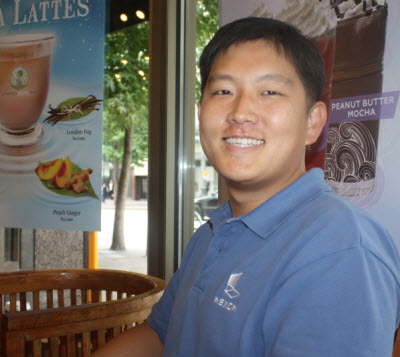 It’s also a test of whether Facebook’s audience will embrace a diversity of offerings such as role-playing games. Until now, Facebook has pretty much been the domain of city building, farm, fish, and pet games.

But Nexon is betting that new genres will open up to reflect the broad array of games on other platforms, said Won Il Sue (pictured), vice president of business development at Nexon America, in an interview. Nexon has been planning an invasion of Zynga’s turf for a while and it hopes to succeed with this lighter version of MapleStory, a downloadable online game with more than 100 million registered users.

MapleStory hasn’t been that hard to convert to Facebook, since the game is normally a two-dimensional side-scrolling massively multiplayer online game. On Facebook, the game’s cartoon style could appeal to a wider audience than the core market of hardcore gamers. The title is story driven, where a girl named Emily guides you through a fantasy world on quests such as battling monsters. Players can be magicians or warriors. The open beta will add some new areas to the game.

The game is free to play, although users can pay real money to buy virtual goods. Zynga pioneered this model on Facebook, but Nexon pioneered the first free-to-play online games a decade ago in Korea. Nexon, however, still needs to prove that it can grow its audience on a global scale and succeed in the West on a variety of platforms.

“We’re lucky to be in this industry at this moment, since we have years of experience and this is our core competency,” Sue said. “The social and mobile side is a new challenge for us. We are starting later than the other guys, but we believe we can grow this organically by leveraging our intellectual properties.”

If Nexon has an advantage, it is in its ability to move from one platform to another, Sue said. At some point, Nexon will likely have to launch brand new titles in the social and mobile markets, Sue said.