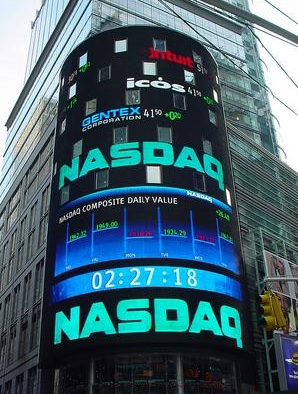 Chinese internet company Xunlei Limited last week announced the postponement of its initial public offering and Nasdaq listing, citing adverse stock market conditions. The company had intended to raise up to $140 million to expand what many regard as a haven for copyright infringement that would be illegal if operated inside the United States.

Xunlei’s business model is reminiscent of the now defunct peer-to-peer file sharing services of companies like Napster and Grokster. Both Napster and Grokster were found liable for the copyright infringing activities of their users. (You can view the court opinions here, here and here.) A careful read of the risk factor section of Xunlei’s preliminary prospectus reveals pages of text devoted to the company’s copyright infringement liability exposure, including litigation warnings from the Motion Picture Association of America and complaints from the Recording Industry Association of America. Xunlei, however, does not operate inside the United States. Because intellectual property laws are territorial, Xunlei isn’t subject to U.S. copyright law, and the holdings of U.S. federal courts in the Napster and Grokster cases don’t mean a thing.

For Xunlei, the legal view that counts is the one in China. Or, more specifically, the view of the Nanshan District People’s Court in Shenzhen. A 2006 interpretation issued by China’s Supreme People’s Court indicates that internet-based copyright infringement lawsuits must be brought at the location of the infringement or the location of the defendant. This rule often results in a home court advantage to defendants. Unsurprisingly, of the 234 copyright infringement cases brought against Shenzhen-based Xunlei in 2009 and 2010, the company lost only one. Presumably Xunlei’s relationship with the judges of the Nanshan District is as outstanding as this defense record.

After downloading Xunlei’s free proprietary software, users can search for and download any of the 3.7 billion digital media files included in the Xunlei index. The company enables its users to access digital media files through its resource discovery network, which connects 291 million active users, over one million third-party servers and another 3,600 Xunlei servers. On an average day in 2010, Xunlei facilitated 138 million downloads.

Xunlei does, however, take initiatives to protect third-party copyrights. A team of 15 people monitor and review content the company licenses before that content is released on the Xunlei Kankan website. Those same 15 people also remove any infringing content promptly after the company receives notice. Yes, you did read that correctly: 15 content monitors verse 3.7 billion digital media files.

Although the local view in Shenzhen’s Nanshan District on copyright enforcement is soft, content censorship is quite another matter. A search of Xunlei’s preliminary prospectus for the term “filter” leads to only two places – a risk factor describing what a court might require Xunlei to do in order to remove unlicensed content from its network, and a description of the content-filtering system Xunlei constantly updates in order to comply with newly issued government censorship notices. Predictably, a search of Xunlei’s network for content banned in China, like Richard Gere’s “Red Corner”, turns up not one single download. The result is the same for the documentary on the collapse of shoddily constructed schools in Sichuan province during China’s 2008 earthquake.

In other words, Xunlei is fully capable of filtering out undesirable content. Unlicensed digital media files simply do not fall into the undesirable category.

Nonetheless, Xunlei’s legal risk profile is very different from that of Napster or Grokster. In essence, the company appears to be under the protection of its local government and therefore immune from liability for any of the many millions of illegal downloads it facilitates every day.

As Xunlei delay’s its IPO for a better market day, the question for America, for Congress and for the Securities and Exchange Commission, is this: Should the U.S. capital markets fund the expansion of this business?

Given the importance the United States consistently places upon the protection of intellectual property rights during trade discussions with China, the planned listing of Xunlei on Nasdaq is a very strange deal indeed. 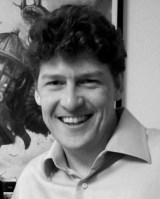 Greg Pilarowski is the founder of a boutique international law firm focused upon the internet and digital media industries in China. Firm website: www.pilarlegal.com.