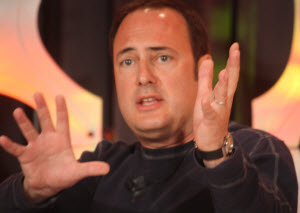 Today, he’s releasing a white paper that aims to show how it can really work.

Perlman’s “distributed input distributed output” technology, or DIDO, allows each wireless user on a network to use the full data capacity of shared spectrum simultaneously with a bunch of other users. It does so by eliminating interference between users sharing the same spectrum. That’s a phenomenal invention that appears to violate the laws of physics, and Perlman calls it a “cloud wireless system.”

Perlman is a legendary entrepreneur and inventor who helped create Apple’s video encoding and playback technology, Quicktime, before founding WebTV and then selling it to Microsoft for half a billion dollars in 1997. A glowing BusinessWeek profile of Perlman calls him the “Edison of Silicon Valley.” 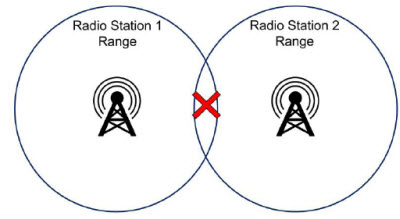 To date, Perlman has described DIDO only in vague terms. But this white paper, co-authored with Antonio Forenza, a principal scientist at Perlman’s Rearden Companies in Palo Alto, Calif., is aimed at disclosing more of the technical details of the technology.

“If everyone here decided to watch HD video on a tablet, that would overwhelm any network,” Perlman said at our GamesBeat 2011 event. “But with this technology, each of you would have the full bandwidth of being in that wireless cell; you would not interfere with each other at all.”

With conventional wireless technologies, the data rate for each user drops as more users share the same spectrum. Claude Shannon, who created Shannon’s law, showed that was a necessary tradeoff: The more people using a spectrum, the more redundancy needs to be built into each individual’s transmissions in order to avoid interference. But with DIDO, the date rate per user remains steady as more users are added. As a result, DIDO “profoundly increases the data capacity of the wireless spectrum, while increasing reliability and reducing the cost and complexity of wireless devices.” 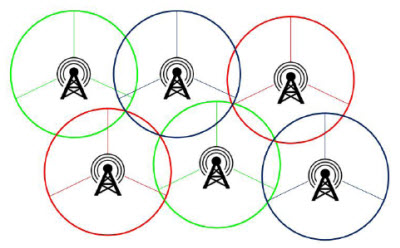 This means that DIDO could have a virtually unlimited number of users, all of them streaming high-definition video, using the same spectrum that a single user would use with conventional wireless technology. There would be no dead zones, no interference, no reduction in data rate and a range of up to several miles in urban and suburban settings with sub-millisecond latency. In rural areas, DIDO works at distances up to 250 miles.

If these claims bear out, DIDO would revolutionize the wireless industry in almost every aspect.

Whenever there is more than one wireless transmission within range of another, there is potential for interference between them, like when you listen to AM or FM radio while driving. As you drive out of the range of one station, you start to hear another station that you are approaching. The two stations duel for a time, but at some point you only hear the new station. That’s why radio stations are carefully located far apart with limited transmission power. The stations are spaced out to eliminate interference.

With cell phones, the problem of interference gets more complex. With lots of users sending and receiving communications at the same time, each region has to be subdivided into cells, a mile or less in diameter, with cell towers that have different frequencies from adjacent cells so as not to interfere. As a mobile phone user moves from one cell’s range to another’s, it switches frequencies and hands off to a new cell tower. A user stays connected as long as they are within range of at least one cell tower.

As mobile usage has grown, it’s become a lot more complicated, with tricks used such as dividing cells into pie sectors and using more advanced transmission techniques. But each cell still has a limited data rate capacity which is shared by all users in that cell. Once the data capacity is reached, people can no longer get the data rates they expect, and in some cases they can’t even maintain a connection. That results in dropped calls and slow internet connections.

Demand for data has outstripped the carriers’ ability to add more spectrum and their willingness to put up more cell towers.

Wi-Fi wireless networks are restricted to even shorter ranges because of interference. But Wi-Fi is now so pervasive that inference is the norm: Your neighbor’s network overlaps with your own. As a result, you can’t get the speeds you want with Wi-Fi either. Approaches such as MIMO, used in 802.11n wireless networks and LTE cell data networks, can increase the limit by a factor of three or four, but Shannon’s Law eventually gets in the way.

DIDO takes a new approach, in which the shared capacity is not subject to Shannon’s Law. As more users in a given area share the same wireless spectrum, the quality of user data access doesn’t go down.

So far, Rearden says it hasn’t come close to the limit of users in the same area. It has demonstrated wireless capacity that is more than 10 times the Shannon’s Law limit today. In the future, Rearden expects to hit 100 times and possibly even 1,000 times. 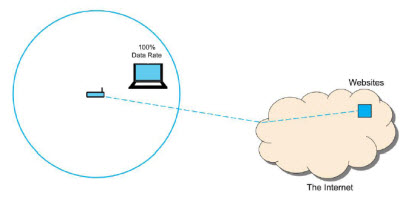 “We have observed wireless phenomenon that we do not believe have been seen before that will take time to understand and document,” the paper says.

DIDO works in a way that can be compared to Wi-Fi. When a user connects a computer to a single Wi-Fi access point, and there are no other users of the spectrum, the connection process is simple and reliable. The user gets 100 percent of the spectrum available, as pictured in the first image to the right. When a user watches a web video, the web site sends video data to the access point, which modulates the data, or creates a wave signal that contains the data. The radio transmits that signal through the air and the user’s computer receives it, demodulates the data and plays back the video.

If the user stays within range of the access point and nothing else happens, then the video plays uninterrupted. But as soon as other devices compete for the same spectrum, the data rate becomes tougher to maintain. If a neighbor next door also has Wi-Fi, and the users are on the same frequency, then the users will see interference if they try to access video at the same time. They wind up sharing the same wireless channel, halving the data rate for each user. With more users, the problem gets worse. 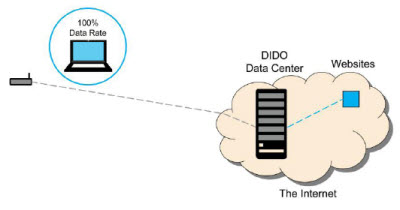 Normally, when two radio signals collide, the result is the stronger one overpowers the other, or indecipherable noise results. But not with DIDO. Instead, the sum of the radio signals at each computer’s location results in a clean modulated waveform carrying the data intended for that particular computer. Each computer then demodulates the signal waveform and plays the video. What each user receives is what they would have received if they both had the channel all to themselves. If you add more users, the same thing occurs. There is no interference.

The full explanation for why this happens is very long and involves immensely complex mathematics, carefully designed software and hardware, and new data communications and modulation techniques. Simply put, DIDO is a cloud wireless system.

Today, DIDO can handle 10 users with 10 DIDO access points working and they are working “extremely well,” the paper says. DIDO is just as efficient in sending data upstream from the user to the internet.

The company says that the signal quality and reliability are much higher than that of Wi-Fi or cellular radios. For the same range, less wireless power is needed. And the DIDO radios are simpler.

All of the “smarts” in the system reside in the data center, which communicates to all of the users at once through all of the access points at once. The DIDO access points are like a vast array of antennae extending from the DIDO data center for miles, connected to the center over the internet.

DIDO communication begins with the access points exchanging brief test signals with DIDO user devices, such as laptops with DIDO radios in them. DIDO analyzes these test signals as they move through the wireless links. The DIDO data center determines precisely what will happen when it transmits data signals from each access points to each users, and how the signals will add up together when received at the user devices.

The DIDO data center then uses this analysis to create precise waveforms for all of the access points that, when transmitted at once, will add up together at each user device to create a clear signal, or a clean independent wave form carrying the data requested by that user.

While it’s currently only working in limited tests, the paper says DIDO was designed to become a mass market product over the course of a decade. As a result, the system was designed to be built practically and inexpensively, scaled to any size. Much of the work has focused on making sure the DIDO data centers can be scaled up linearly, not exponentially, or without huge costs as users are added.

The reason users don’t have to share the same spectrum at once is that Shannon’s Law is not about spectrum data rate limits, but channel data rate limits. But spectrum and channels are not the same thing. In conventional Wi-Fi, users do share the same spectrum and the same channel. MIMO allows more channels to be created. DIDO creates an independent channel for each user. The reason why these channels are independent is that the signals are crafted in a unique way.

The DIDO access points are distributed in a way that achieves “diversity,” which in turn makes the signals distinct from each other in the path they take to an antenna. The DIDO data center distinguishes each access point signal from those of the many access points that reach a given user. So the data center can figure out precisely what waveforms it needs to generate for a clean waveform to arrive at each user. Each clean waveform is an independent channel. As more users share a space, more independent channels are created.

DIDO operates at frequencies ranging from 1 megahertz to 1 gigahertz, and it works fine at all frequencies, the paper says. Higher frequencies are likely as well. DIDO systems are more reliable because the antennae are scattered about; if some antennae are obstructed, it is likely other antennae will reach the user.

Rearden has built a test system with several access points in Pflugerville, Lake Austin, and Austin — all cities in Texas.

As such, it is ideally suited for Perlman’s other business, the cloud gaming service known as OnLive, which delivers high-end games to low-end computers via the cloud. The advantage is that OnLive and DIDO can share the same data centers. The systems will be able to deliver outstanding quality video and imagery to users, even if those users don’t have expensive computers. The quality level is as high as one of Perlman’s other companies, Mova, which can create lifelike human faces for special effects.

“The unveiling of DIDO is the latest piece in the puzzle,” the paper says. “There are more coming….We believe DIDO wireless will completely transform the world.”