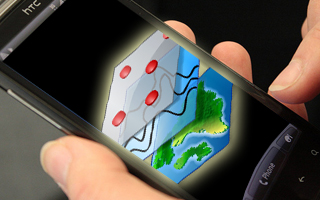 There’s got to be a better way to use location data for mobile technologies, and Urban Airship and SimpleGeo say they’re rolling it out this fall.

The two back-end-tech companies are partnering to bring better location and proximity data and services to mobile apps. This isn’t the kind of tech end users will be downloading themselves; rather, these will be tools developers use to add new features to their apps and to send the right messages to users at the right time.

“[We are] helping developers increase the relevance of push alerts,” SimpleGeo told VentureBeat. “For example, many people don’t like being alerted every single time a friend in an app checks in, but if five of your friends were hanging out at a patio bar a half mile away when it’s sunny outside, you may appreciate that push alert more.”

“This is not simple geo-fencing,” wrote Urban Airship vice president Dylan Boyd on the company blog. The combined technologies will allow developers to tap into hyper-targeted data (such as zipcodes and weather), tag specific devices with location information, decide whether to send a notification to the user based on custom criteria, and get reports on audience location, Boyd wrote.

The new offering will be rolled out in three phases, Urban Airship told Venturebeat. The first phase — geo-tags for spatial-aware segmentation and targeting –will be available starting this fall. What this means, said a SimpleGeo spokesperson, is that apps will have the ability “to push messages only to users in certain cities, zipcodes, neighborhoods, or hyper-local polygons (stadiums, parks, etc).”

The second phase will add geo-based events that trigger automatic mobile pushes. For example, said the SimpleGeo rep, “Push this free Frappuccino coupon to users within 500 meters of a Starbucks where it’s hotter than 85°F outside and the user has visited this neighborhood more than once in the past week.”

The third phase will involve “tighter geo integration with user management, UrbanAirship and SimpleGeo account management, as well as exploring future options,” according to the SimpleGeo spokesperson.

The collaboration and the technology is groovy, but we wondered whether users would be disconcerted about the Big Brotherly aspects of constant location monitoring. “The key is to make sure you’re messaging to people based on their expressed intent,” said Urban Airship director of product Sasha Mace. “It’s not weird for people when they’ve opted in to all of the above and you message to them at the right time. Through the story of your app, the message will be natural.”

So what kinds of features can be built with the new hotness? In addition to the Frappucchino example, Mace said you might see a TV app that knows your favorite actors and tells you about nearby related events. The technology can be used for “anything that takes multiple data points and combines them with the use case of your application in a meaningful way for your audience,” Mace said.

“We’re not promising the holy grail,” Mace said, “but we do know that when our developers get great simple tools they do great things. … Put [SimpleGeo’s and Urban Airship’s] tools together, and we’re convinced that you will see a new level of location aware engagement in apps that truly takes us to the next level.”