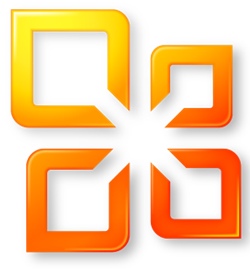 If you’re a small business or startup, Microsoft Office 365 should be on your technology shortlist. It’s a cloud-based suite based on the world’s most popular office software that launched in late June. It will likely get small businesses and enterprises to start considering cloud software solutions if they haven’t already. Microsoft also hopes this offering can edge into the space Google Apps has had to itself for several years.

After testing the suite’s small business tools for several weeks, I’m convinced that it’s a strong option for small businesses, startups, and enterprises. It’s possibly even better for small companies than Google Apps. With a promise of 99.9% uptime, generally reasonable pricing, a deep list of features, and rich cross-application compatibility, I can see many businesses wanting to use Office 365.

Opinions are mixed on just how useful the Office 365 will be to small businesses and nimble startups. Our own Matthew Lynley made the case that startups with young personnel that grew up with social networking won’t see Office 365 as the ideal solution for them. But frequent VentureBeat columnist Peter Yared argued that Office 365 will clobber Google Apps and similar cloud software options because it has familiarity and considerably more features.

The pricing for Office 365 packages is wide-ranging, perhaps too much so for its own good. Pricing starts at $6 per user per month for small businesses under 25 people. At a step up, the cost for medium- to enterprise-size businesses ranges from $10 to $27 per user per month. This is considerably more than competitor Google Apps, which charges $5 per user per month no matter how big the company.

Office 365 pricing plans escalate when companies need to add more features. If a user needs more powerful features than the ones provided in the cloud-based Office Web Apps, the company can pay more for a monthly subscription to Office Professional Plus, which is the latest desktop version of Office. A business with under 25 employees pays $18 per user per month, while businesses with more than 25 employees pays $24 per user per month to rent the latest desktop version.

A lot of the cloud-based tools available in Office 365 were previously available under the less-catchily named Business Productivity Online Suite. Office 365 improves on those tools by updating Exchange Online and SharePoint Online to include the features of the 2010 desktop version, whereas BPOS had its software bits based on the 2007 versions.

The online services that 365 specifically offers are Exchange Online, SharePoint Online, Lync Online, and Office Web Apps. In addition, there’s a set of Web Apps, which are slightly slimmed down versions of Word, Excel, PowerPoint, and OneNote that are accessible through a web browser.

Next: The Good and The Bad of Office 365