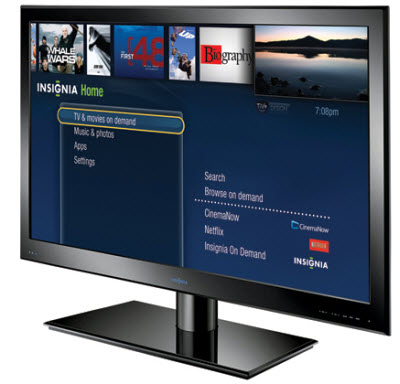 Best Buy, the nation’s largest gadget retailer, hopes to capture more margin in the increasingly competitive electronics business by selling its own equipment under Best Buy’s house brand, rather than selling more gadgets under a manufacturer brand name such as Sony or Samsung. It’s a strategy that has been working for a while.

This TV will be the first to use Tivo’s design interface, giving Best Buy’s customers a user interface that is well-known as a good way for browsing for shows and watching TV, without a TiVo subscription.

The TV will be available in 32-inch and 42-inch models for $499 and $699 respectively at BestBuy.com and Best Buy stores nationwide. The TVs offer a variety of ways to access movies over the web, such as Netflix, CinemaNow and YouTube. It also has applications such as Pandora, Napster, Facebook, Twitter and Photobucket.

Minneapolis-based Best Buy developed the Insignia TV from the ground up, focusing on the ease of setting it up and ease of use, said Patrick McGinnis, vice president of exclusive brands at Best Buy.

“We’ve heard from customers that smart TVs can be intimidating,” McGinnis said. 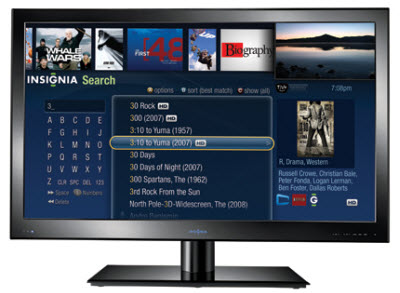 Tivo, which once focused on selling or licensing its own digital video recorders, is now licensing its user interface to other parties. Jim Denney, general manager and vice president of product marketing at Tivo, said his company collaborated with Best Buy on the design. The Insignia Connected TV also comes with applications from the popular Chumby content platform, which is used in gadgets like Sony’s connected alarm clocks.

Chumby is the way that the TV accesses apps such as Twitter, Facebook, Photobucket, Accuweather, Reuters News and Sports, stocks and traffic. People can customize their experience by selecting additional content from the Chumby network, which supports hundreds of applications.