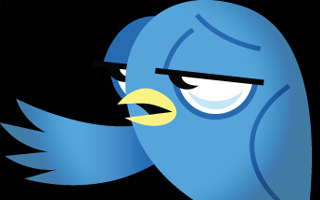 Topify, an email service that made Twitter’s email notifications actually actionable, is shutting itself down Friday, August 5.

The service’s creator, Arik Fraimovich, emailed users a “so long and thanks for all the fish” note, stating the reason for the deadpooling was yet another change in Twitter’s backend about which developers got no prior notice. The microblogging service removed X-Twitter headers containing user and message IDs from its emails; unfortunately, these headers were more or less essential to Topify’s service.

As a Twitter rep pointed out to VentureBeat, “Email headers have never been a supported or documented part of the Twitter API.” App developers know this; those who chose to build Twitter apps using email headers as data were working with and accepting that risk.

TweetyMail is another Twitter email service. Founder Anil Chawla spoke to VentureBeat, saying, “I realize that since it was not an official API, Twitter had every right to remove the headers at will. However, it would have been nice if they would have provided a heads-up and an explanation. I’m sure they are well aware that apps like mine were dependent on those headers. Instead, the headers simply disappeared one day.”

SocialToo is a similar social/email service. Its founder Jesse Stay told VentureBeat, “On SocialToo, we never rely on Twitter’s emails for API access and always try to go through the recommended API channels, so we were not affected by this.” However, he also noted, “This move by Twitter is no surprise, as I’ve experienced over and over through the last three years. It’s why we’ve moved to a $29-per-month plan for all the services we offer similar to Topify. That’s the only way to afford the risk of Twitter.”

So why won’t Fraimovich be switching to the recommended APIs? In his final note to users, he wrote, “I considered switching to using the Streaming API in the past, but the only option for Topify is to use the Site Streams version of it. But Site Streams are still in beta, and according to the documentation, there is no estimated date for it to exit beta. Considering this last episode and other actions by Twitter in the past year, I have no desire to experiment with their beta offerings. Not only this can result in unstable service for you, they might just shut it down one day.”

Although removing the email headers is a small change overall, it is indicative of what some developers see as an overarching issue with Twitter and third-party devs. Devs who aren’t particularly close to the company end up feeling shut out of important decisions, and a perceived lack of communication only exacerbates the problem.

As Fraimovich clarified to VentureBeat, “The change in attitude Twitter had since Chirp conference… is not something particular towards me or Topify, just the feeling that they no longer care about developers or their ecosystem. They seem to look at it from the narrow perspective of ‘what’s in it for Twitter?,’ failing to understand that in an ecosystem, all parts need to contribute and communicate. They also fail to understand that the next creative use of Twitter won’t be developed by their developers, but by some API developer — just as it was since their inception.”

But Fraimovich says he won’t be looking to Twitter’s APIs for his next project. “I somewhat lost faith in Twitter’s ecosystem… From a business perspective, I prefer to invest my time elsewhere.”

Still, this is just one side of the larger story about Twitter’s relationship with devs (and the investors who fund them). While Fraimovich’s and others’ complaints about how Twitter handles third-party devs are valid, many other devs have found a great deal of success and enjoy working with the microblogging startup.

We’ll delve more into the intricacies (and the cold, hard numbers) of the Twitter ecosystem later this week; stay tuned.