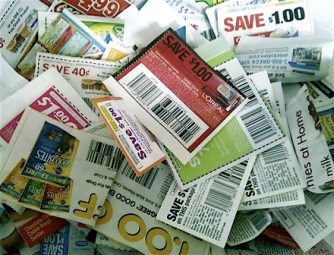 With all the Groupon-like sites out there, the internet is starting to feel like a kitchen drawer: stuffed with coupons and hard to sort through. ChoozOn, an interactive coupon aggregator, didn’t use a coupon code to score its first $3.2 million round of angel funding on Tuesday, but it will help you find (and use) yours.

To many, coupons are clutter. They take the form of newspaper clippings, spam e-mails and miscellaneous membership benefits that you always forget to take advantage of. But are they really utilized when they are pushed in our faces? The founders of ChoozOn don’t think so, and developed a new form of coupon discovery.

“What you have is something like a Twitter stream,” said Nick Weir, the co-founder and chief executive of ChoozOn and former Yahoo vice president of data strategy, in an interview with VentureBeat.

It’s ironic that ChoozOn uses Twitter, itself a source of info-clutter, as an analogy for cutting through the clutter. But ChoozOn’s dashboard does help, letting you search for specific products, automatically separating coupons into lists, and offering personalization options.

“A ‘Choozer’ will go through a quick set up process,” said Weir. “They identify categories, brands they like. From there they help by identifying good deals.”

In essence, the web app learns your preferences and aggregates coupons accordingly. It also allows you to claim your memberships, say at Nordstrom, and ChoozOn integrates those special benefits onto your dashboard. But it’s not the nuts and bolts that make this product interesting. 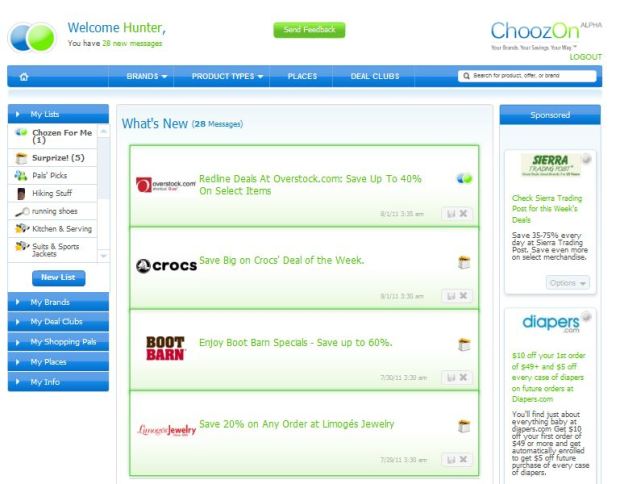 Weir explained ChoozOn has a social angle called “deal clubs”, groups that where people post deals with their own commentary. “Anyone can start a deal club,” he said. “They can be a deal curator, people can follow them. We’re allowing the community to set themselves up as deal mavens.”

Other than developing existing services, ChoozOn will spend the funding on sales and marketing team expansions. It will also go toward a new product: a dedicated ChoozOn e-mail account for its subscribers. From this inbox, users can filter all those marketing e-mails from Apple, Amazon.com and Frederick’s of Hollywood to their existing coupon hub. ChoozOn will extract any deals in those e-mails and make them searchable in your coupon stream.

“In focus groups, we’ve gotten five stars across the board for this product. We’ve never seen that before,” said chief marketing officerHunter Madsen.

In addition to investing in this round, Michael Orsak of Worldview Technology Partners and James Brown of AVG Ventures joined ChoozOn’s board of directors.

Speaking of Orsak, Weir explained, “He’s a very good sounding board for all aspects of the business. He’ll help in terms of further fund raises.”

But ChoozOn won’t be lonely in when it comes to the coupon industry. Robust coupon sites such as Ebates.com and RetailMeNot.com serve thousands of unique visitors. In fact, coupon site portfolio company WhaleShark Media announced a $10 million investment led by Google Ventures.

Weir responded, “RetailMeNot is a competitor of sorts, but we have a laser-like focus on this idea of personalization. Look, it’s all out there, it’s hard to keep track and manage. We want to do that for you.”

ChoozOn, currently in beta testing, was founded in 2010 and has been bootstrapped until this investment. The company has three offices, in Philadelphia, Pa., Bellevue, Wash., and a development center in Jordan. Currently, ChoozOn employees 40 people, but is looking to grow to 50 by the end of the year.