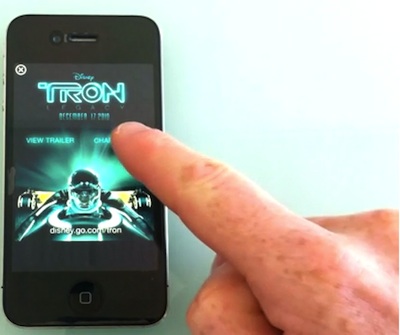 It’s a match made in advertising heaven: Sprout, developer of an easy-to-use online editor for creating and distributing HTML5 ads, has been acquired by the independent ad network InMobi, the companies announced this morning.

“With InMobi’s global presence we are able to quickly deploy our HTML5 mobile ad creative platform into the hands of agencies and publishers worldwide,” Williams told VentureBeat over email.

“InMobi has also agreed to allow the Sprout team to run as an independent business unit and is committed to keeping our platform open for everyone in the mobile ecosystem — that means that we will continue to be integrated with other ad networks (competitors to InMobi), publishers, mediators and aggregators. Our vision is to raise the level of rich media in the mobile industry and we can only achieve that by remaining an open platform.”

Sprout’s AdVine online editor simplifies the process of creating HTML5 ads, which can run across both desktop and mobile platforms. Ads created by Sprout’s technology can easily be integrated into the existing mobile advertising ecosystem, which includes ad networks, publishers and the like. The company also offers engagement analytics for brands and ad agencies. Sprout aims for a “build once, run everywhere” approach to creating ads, which makes life easier for everyone in the ad industry.

While Sprout will continue operating independently, it will integrate InMobi’s technology in its reporting and analytics, as well as a third-party ad server. InMobi will bring Sprout’s tech into its ad network operations, but the company will also continue to integrate with direct competitors to Sprout as well. Sprout will also maintain its relationships with competing ad networks.

InMobi, which touts itself as “the world’s largest independent mobile ad network,” launched in the US just one year ago. The acquisition shows that InMobi is serious about staying up-to-date with cutting edge ad technology and that it’s progressive enough to let Sprout do its own thing.

Sprout is based in San Francisco and currently has 15 employees. The company raised $10 million in 2008 from Polaris Venture Partners.