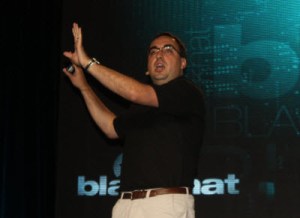 For many years, Apple enjoyed security through obscurity. The market share for Mac computers was so small that malware creators bypassed it to go after the much bigger target, Microsoft Windows. Not anymore.

Apple’s market share has been slowly rising and the popularity of the iPhone has put Apple’s products into the spotlight. Hackers are taking notice and they’re figuring out that Apple’s computers have security vulnerabilities, some of them more severe than Windows machines, according to a talk by the iSEC Partners security consulting team at the Black Hat security conference today.

Alex Stamos (pictured), Paul Youn, and B.J. Orvis of iSEC Partners said in their talk that it is possible for hackers to penetrate a network of Apple Mac computers and lurk undetected while gathering data. They concluded that there were so many vulnerabilities on the networking level that Mac machines could be considered more vulnerable than Windows machines. 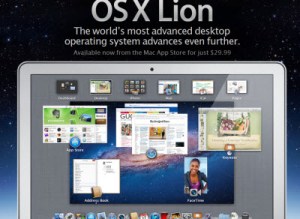 Apple has not yet responded to a request for comment. At Black Hat, there will also be talks about the vulnerabilities of other operating systems, including Windows. In years past, security researchers have blamed Microsoft for producing vulnerable Windows code. And immediately following the Apple talk, security researchers had another talk about hacking Google’s Chrome operating system.

“This is all changing,” Stamos said. “If [recent hacking events] tell us anything, it’s that any computer is vulnerable to attack.”

The iSEC team said they looked at attacks on the Mac and its latest operating system, code-named Lion, or OS X version 10.7, from the perspective of Advanced Persistent Threats, or long-term security break-ins on networks of computers. They showed examples of the vulnerabilities and detailed proof that they had hacked into the operating system.

The category of Advanced Persistent Threats is a hot one because Google discovered that, under Operation Aurora, dozens of companies were compromised over a long period of time. And McAfee reported today that a similar attacked, dubbed Operation Shady RAT, compromised a total of 72 governments and corporations over a five-year period.

A network of Mac computers can be compromised in the usual way, iSEC’s Stamos said. A single user can be tricked out of giving up a username and password through social engineering or targeted “phishing attacks,” or attacks that use a believable ruse to get you to enter your username and password, which is then captured and compromised by the hackers.

Once inside the network, Stamos said that it is easy for the attacker to escalate the privileges he or she has on the network. That is where Apple’s operating system falls down in comparison to Windows. “Once you have access, you can compromise the networking,” Orvis said. “Network privilege escalation is where it really gets bad on the Mac.”

The security researchers said that Apple has made improvements to security in version 10.7 of OS X, such as putting applications in a “sandbox,” or isolating them so that they can run (or crash) without taking down the rest of the operating system. Still, the researchers said they had figured out a couple of different ways to compromise the security of Macs through a test program dubbed Bonjoof. They said that it’s possible to lurk on a network and cover your tracks so that intelligence can be gathered on a network over time.

“All of Apple’s major authentication protocols suffer” from some kind of weakness, Orvis said.

There are ways to deal with the vulnerabilities, but company security professionals have to know how to use security forensics technology, which can take a long time. In the meantime, attackers can detect the forensics tools and react to their usage in an attempt to hide. The security researchers said they did talk with Apple about the vulnerabilities they found and communicated a number of ideas about how to improve the security of Apple’s computers.