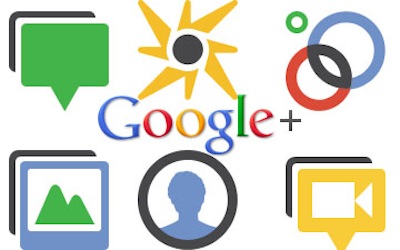 Google+, the new social network from Google, is growing at a gargantuan pace. The social destination has now hit 25 million unique visitors, reaching that milestone faster than Facebook, Twitter or other social networks, according to new comScore data.

Social pundits are keeping a close eye on Google+ to see how it disrupts the current social framework comprised of Facebook, Twitter, LinkedIn and other networks. Tracking unique visitor counts helps assess just how widespread content from Google+ is around the web and whether it’s reaching beyond the early adopter crowd.

The network, which has captured a lot of attention since its launch, specifically had more than 25 million unique visitors as of July 24 and is growing at a rate of roughly one million visitors a day, comScore said. The majority of visitors came from the U.S., with 6.44 million uniques, followed by India, with 3.62 million uniques.

These numbers are not a representation of Google+ registered users, however. Rather, the figure only represents individuals who have visited a Google+ page. Nor do the figures include visits from mobile devices or activity from Google’s black status bar.

In early July, Google confirmed that the network had more than 10 million registered users. This number makes Google+ the fastest-growing social network in the web’s history.

But with its 25 million unique visitors and 10 million users so quickly, is it fair to compare these numbers to the likes of Facebook and Twitter? comScore compared Google+’s numbers with these networks and noted that it took Facebook nearly three years to attract 25 million visitors, while it took Twitter about 30 months.

While Twitter is fair for comparison, we’d argue that it’s not fair to directly compare to Facebook, which started with a gated approach focused on colleges. Google+ might be gated slightly with its invite-only processes, but there are plenty of invites out there now.

Facebook now has 750 million users, while Twitter has 200 million and LinkedIn has 100 million. We will certainly keep an eye on these figures and see if Google+ is able to continue its rapid ascent in the social media world.