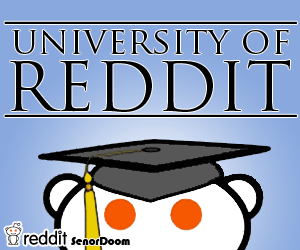 While news-sharing site Reddit harbors many unique communities such as rage comic lovers, zombie aficionados, geeks and several others, its low on robust college communities — which is strange considering that a large percentage of Reddit’s total users are either students or recent graduates with lots of collegiate pride.

The company announced a global competition Wednesday to boost the number of active college-related community sub-sites on Reddit (called Subreddits). Three subreddits with the highest level of growth between August 26 and September 30 will be awarded prizes, such as rebranding the main Reddit site with a school’s colors and mascot for a day, unique collegiate Reddit stickers and a possible meetup with Reddit staff members.

“Something we’ve seen in the past year is that local subreddits have done really well, and not just in terms of activity and growth. It’s actually very useful for people to find … others with similar interests, meetups and to stay informed,” said Reddit General Manager Erik Martin (a.k.a. Hueypriest). “Colleges were kind of the next natural step from that.”

In June, the company arranged a Global Reddit Meetup Day event to build on the trend of local community subreddits popping up on the site. Thousands of Reddit users participated in over 160 cities across the world.

Winning an official Reddit meetup on campus could be particularly appealing to students and alumni, especially since the company has a good track record on its previous meetups. For instance, its Washington D.C. rally/meetup in 2010, which gathered thousands of people and received boatloads of mainstream media attention, was heralded as an extremely enjoyable experience by those in attendance.

“Some schools have developed communities rallying behind their sports teams, others simply oriented around the student body,” writes competition organizer Josh Irwin on Reddit’s official blog. “While not every school has a top 20 athletic team, every school does have students, and all students have something to say.”

All schools are eligible to participate in the competition — provided that both the school’s name and a link to the specific subreddit appear on the site’s collegiate wiki page. The page has almost 200 colleges listed (as of today), and the majority of college subreddits have already shared the competition announcement blog post, according to Martin.

Having more college communities interacting on the site is definitely beneficial for Reddit. It will give the company new opportunities to sell unique advertising and promotion deals, which are generally accepted (and sometimes welcomed) by the Reddit community. The Reddit team has a history of trying to make its advertising efforts as valuable to users as the submitted content found on the site.

That strategy has hurt Reddit’s ability to generate revenue in the past. In turn, the low revenue made parent company Conde Nast hesitant to spend additional money maintaining the site. However, continued growth and promotional potential eventually led Conde Nast to provide the additional resources necessary for Reddit to pursue efforts like the college competition.

Martin said he hopes the competition will raise awareness about existing college subreddits and ultimately lead to higher participation in the future.