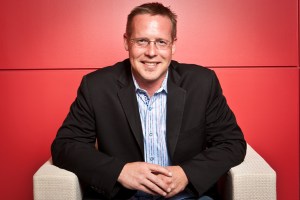 Luehmann has more than two decades of experience working with the likes of real time strategy game Age of Empires. He also worked as manager of Microsoft Game Studios. He will head Trion Worlds’ efforts to track down games that the company can publish as third-party titles. While Trion Worlds has two first-party titles developed internally, there’s an enormous revenue opportunity for publishing third-party titles, Luehmann said.

Luehmann will be responsible for running a team that scouts out potential games and development teams that are working on online and “connected” games. Trion Worlds isn’t setting any specific target for the number of third-party games it will publish each year. That would run the risk of forcing the company to meet certain metrics and reduce the overall quality fo the games, Luehmann said.

“It’s contingent on whether the right game is out there, that meets the quality bars out there,” he said. “Quantity runs the risk of quality issues.”

While Rift is an MMORPG in the same vein as Blizzard Entertainment’s supergiant World of Warcraft, the company is on the lookout for new titles that stray from that formula, Trion Worlds senior vice president of publishing David Reid told VentureBeat.

“A flyer idea that comes up out of the blue, that’s something we’ll look at and consider, as long as it means something that will turn into a fantastic experience,” Reid said. “Beyond that, it’s not about genre, it’s not about platform or business model, in the frontier of where online gaming is going, people ought to be taking risks.”