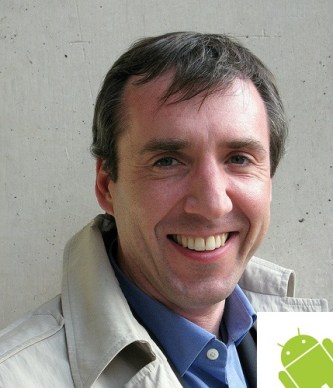 GetJar is an open app store for feature phones and smart phones alike, supporting  iOS, Android, Blackberry, Java, Symbian and more. The cross-platform marketplace recently reached two billion downloads. Mork, who has been with GetJar for three years, feels he is leaving the company in a good place.

“GetJar has certainly come a long way from the small, seven-man company I was supporting from my kitchen desk in London in 2008!” Mork said in the e-mail announcing his departure.

Now, GetJar has 50 employees and, according to Mork, will be introducing new products and improvements over the next couple months.

But despite recent successes, Mork says he must move on and Google is where he needs to go. “I’m an apps guy at heart,” he said, “and I’m always looking for a good fight!”

Mork will leave GetJar on August 19th and take his position as Google’s marketing director for mobile applications in September.

Interestingly timed, a few publications reported seeing GetJar’s appstore app on the Android marketplace today.  Just a coincidence? More than likely, but it’s more fun to assume Mork is taking a part of GetJar with him.

VentureBeat reached out to Mork for comment and will update upon hearing back.

GetJar is based in Silicon Valley, with headquarters in the UK and Lithuania. The company is primarily backed by Accel Partners, which recently participated in GetJar’s $25 million third round of funding.