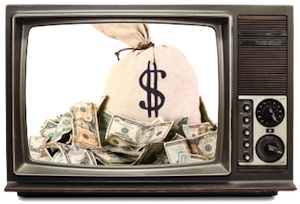 News of Apple getting ready to launch a streaming video competitor to Netflix is apparently premature, reports CNET.

iTunes Replay, as the service is rumored to be called, makes use of Apple’s advances into the cloud. The service allows iTunes users to stream movies from Apple’s servers and re-download them to other devices. Similar functionality was recently added to the Apple TV, which gives at least some weight to the discussion.

However, Apple has yet to sign streaming agreements with at least four of the top six film studios, according the report, which cites multiple anonymous film industry sources. A streaming agreement with all the major studios could take several months.

One reason for stalled negotiations could be that, with Apple, Netflix and Amazon all trying to either launch or enhance streaming video services, the studios could simply be waiting for the best possible offer from companies.

This is especially true now that streaming video service Hulu is up for sale. If a company like Google or Microsoft were to acquire Hulu, the amount of money those film studios could expect to receive from a streaming agreement might be much higher.