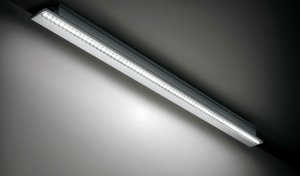 Lumenpulse, a developer of commercial-grade light sources that use light-emitting diodes (LEDs), announced today it has raised $16 million in its first round of funding.

The company manufactures more than a dozen kinds of LED lights, some of which can generate up to 81 lumens — a measurement of visible light — per watt of electricity consumed for each foot of lighting the company installs. A typical incandescent bulb only generates around 14.6 lumens per watt. Philips’ LED light that won the U.S. Department of Energy’s $10 million L Prize generated around 90 lumens per watt of electricity consumed.

LED lighting is still much too expensive for typical consumers based on cost-per-lumen production, Lux Research analyst Murray McCutcheon told VentureBeat. LED lighting cost around $18 per kilolumen produced, while incandescent bulbs are around $2.20 per kilolumen. LED lighting bulbs probably won’t reach that point until 2015, he said.

“LED lighting is poised to make major inroads in the commercial  sector by 2015,” McCutcheon said. “Although not cost-competitive for most applications today, companies like Lumenpulse are finding traction in higher-value applications like showcase projects and external façade lighting that exploit LEDs’ color range and controllability.”

Lumenpulse did not disclose which investors are participating in the first round of funding. Part of the funding includes a credit line from Silicon Valley Bank, the company said. The Boston, Mass.-based company was founded in 2006.