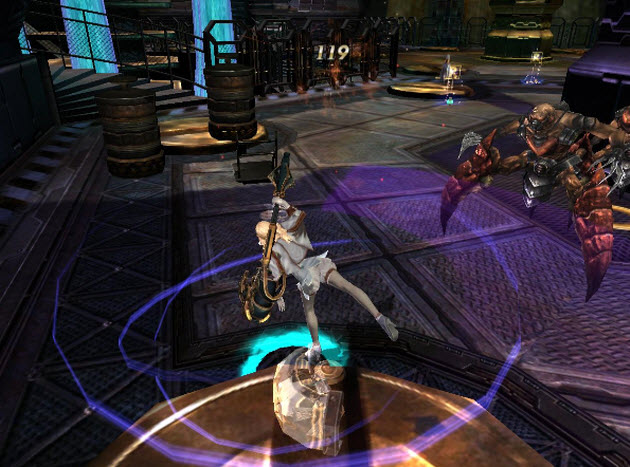 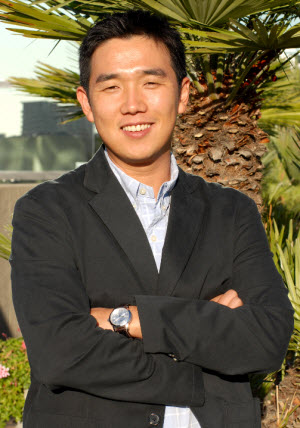 The new CEO will be Philip Yun, who joined Outspark as chief operating officer earlier this year. He was previously the CEO of NHN USA.

San Francisco-based Outspark makes online action games such as Divine Souls (pictured) on its own web portal. It will be interesting to see if Yun can help the company meet its goal of finding a large audience in the mid-core gaming market. The company’s games aren’t hardcore like massively multiplayer games such as World of Warcraft. Nor are they casual, like Zynga’s social games on Facebook. Instead, Outspark makes or commissions MMOs that are free-to-play, where users can play for free and pay for virtual goods with real money. In this market, it faces rivals such as Riot Games and Kabam.

In an interview, Yun said that the transition to a new CEO was planned for a long time and Choe left on good terms.

“Nothing is changing for the company, which is still focused on the mid-core gaming business,” Yun said. “This is a management change and we are still expanding to third party game makers and pursuing the free-to-play game business.”

Choe founded Outspark in 2007 to bring Asia’s popular free-to-play online games to the U.S. market, mainly because about 6,000 wealthy users in the U.S. will generate as much revenue as 100,000 users in China. The company has managed to grow its audience to 8 million registered users. Outspark now has 3.2 million monthly unique users, up from a few months ago, Yun said.

Choe had previously hired Owen Mahoney, a former Electronic Arts executive, to be CEO in September 2009. But he resigned in 2010 and Choe took over again as CEO. At one point, Choe acknowledged the company was in talks to be sold.

Earlier this year, Choe said that about 9 to 10 percent of Outspark’s 3 million monthly unique users (at that time) paid for items in the game. Of those who paid money, the average revenue per paying customer was $50. Those players paid for an average of eight months, which equals a lifetime value per customer of $400. Typically, the users started paying 14 days into the game play. About 80 percent of those are males ages 16 to 30. The average session is half an hour.