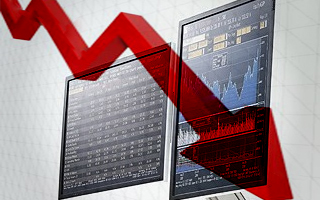 As the New York Stock Exchange saw major indices plummeting by five or six percent today, tech stocks dropped even further than many of their non-tech counterparts. The picture is especially clear if you look at the stock price changes since the market slide started August 4.

Predictably, the stocks that took some of the the biggest nosedives were tech companies that only recently went public.

In looking at stock tickers’ movement over the past four days, since the market started trending downward, the newly public LinkedIn (LNKD) took one of the biggest hits of the period, suffering a loss of 28.57% over the past four days to close at $75.47. The lesser-known but also recently IPO’d Renren (RENN) closed 29.17 percent down for the four-day period.

In the wake of such heavy casualties, other tech companies with planned or filed-for IPOs will probably lie low for the next few weeks.

“Any company with an IPO planned for this week will probably pull it,” said Dow Jones Investment Banking deputy managing editor John Morris.

While those huge losses represent the deep end of the “you’re screwed” pool, other companies fared relatively well on a bearish day. Pandora Media (P) was down just 6.86 percent, closing at $12.46; and Zipcar (ZIP) closed at $21.42, down 7.23 percent since Thursday. 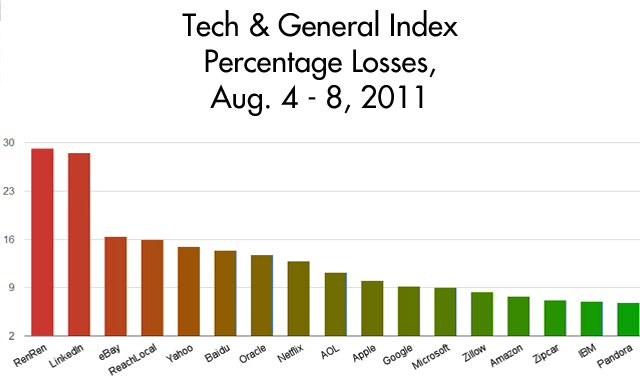 However, tech indices, especially those that track longstanding public tech companies, aren’t showing the same plummets as some of the individual companies we’ve highlighted above.

NASDAQ’s QNET index tracks a slew of web-based companies, from Akamai to Yahoo. The index was down 6.83 percent since Thursday compared to 6.9 percent losses for the NASDAQ. The Dow Jones Technology Titans 30 index tracks — you guessed it — 30 of the top companies in the tech sector, including Cisco, Samsung and Qualcomm. The Tech Titans index was down just 4.97 percent today; for contrast, the Dow Jones Industrial Average was down 5.55 percent.

Overall, the NASDAQ is showing greater percentage losses; this index is more tech-heavy than the Dow, which comprises more traditional companies such as Walmart, Johnson & Johnson and Boeing. The NASDAQ also saw significantly higher losses during the dotcom bust. 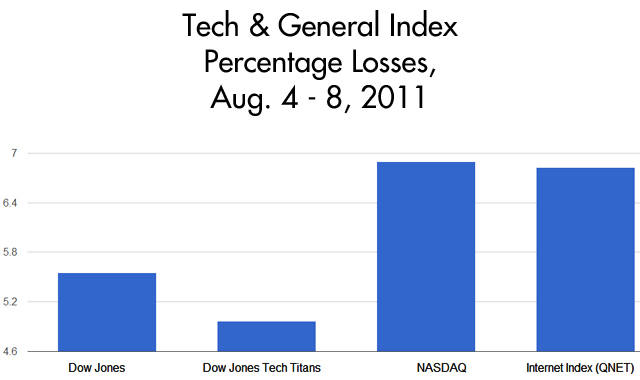 We had been prepped to expect a broad sell-off and large losses for recent tech IPOs since late last week, when the NASDAQ trading bloodbath began. Before today’s opening bell, we speculated the markets were in for a rough day, given Friday’s news that Standard & Poor’s downgraded the debt rating of the U.S. from AAA to AA+.