ChallengePost, a site where anyone can post a public challenge, has pulled in a $4.1 million first round of funding.

ChallengePost is a hub for anyone, individuals and businesses alike, to virtually present challenges to the public. The challenger submits a task along with a time frame for completion and a prize, if one is available. Its users include Michelle Obama and the city of New York.

Since VentureBeat first reported its launch, ChallengePost has taken off. In fact, the United States government signed the company to handle all of its challenges from Challenge.gov.

“I’m really proud of how our small team has been able to work with some of the world’s biggest organizations to allow them to innovate,” said founder and chief executive Brandon Kessler, who  worked with the First Lady Michelle Obama on her challenge.

Mrs. Obama’s challenge focuses on childhood obesity and nutrition. She used ChallengePost as a way to create software to improve childhood nutrition tools.

Another of ChallengePost’s biggest users is the city of New York. Yep, the whole city. Mayor Bloomberg challenged the public to create apps using NYC’s data.

“Nearly $5 million in software is created every year [for New York] in exchange for only $20,000 in prizes,” said Kessler.

This statistic raises the question, do companies take advantage of what could be extremely cheap labor?

According to Kessler, that’s not the case for one simple reason: Developers hold intellectual property rights for their creations. Because the apps are free, however, companies can still use and reap the benefits of their challenge. In addition to that, these challenges also raise awareness for their causes.

Kessler was on Digg one day when he saw a challenge posted from a blog. The blogger charged the public with one task: Create a program that can run Windows on a Mac. The prize would be $100, and anyone could Paypal him funds to add to the pot.

The media jumped on the challenge, people from everywhere donated prize money, and for bystander Kessler, the idea of ChallengePost sparked.

“He was running his challenge manually,” Kessler told VentureBeat in an interview. “And it worked.” 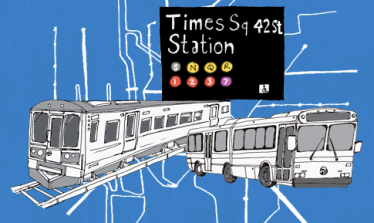 Kessler says companies can benefit from ChallengePost in three ways. First, crowdsourcing means uncovering solutions they may not have considered. Second, companies are naturally educating those taking the challenge about their cause, and third they end up with free software.

Not all of ChallengePost’s challenges are technology-related, however. Kessler says the site is split 50-50 between technology challenges and non-tech activities. An example is Michelle Obama’s challenge for schools to team up with health-focused chefs.

The funding round was led by Opus Capital, and ChallengePost is using the money to expand its team, which currently sits at 14 employees. The company also wants to create features allowing for more community-based challenges.

“Right now, [users] can solve challenges and spread them, but we want them to source problems,” said Kessler.

ChallengePost was founded in 2009, is based in New York and has raised $4.87 million to date. Investors include Opus Capital, Betaworks, Richmond Park Partners and angel investors Ester Dyson, Joshua Schachter, Irwin Jacobs, Jason Calacanis and others who wish not to be named.