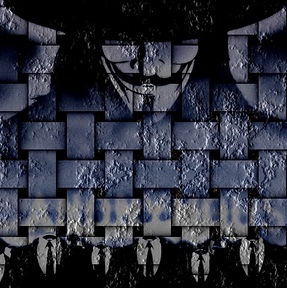 New details have emerged on the purported plot by hacker collective Anonymous to “kill” Facebook on Nov. 5. In recent Twitter posts, it appears the group has confirmed that some of its members are working on the plan, nicknamed #OpFacebook, but that other members do not support the initiative.

On Tuesday the @AnonOps Twitter account, which has been one of the more official outlets of communication for Anonymous, posted that #OpFacebook wasn’t real. “Medias of the world … stop lying!,” said a post on the account late Tuesday. “#OpFacebook is just another fake! We don’t “kill” the messenger. That’s not our style.”

But just two hours later, a post on the same Twitter account—which could easily be run by several people—appeared to confirm that #OpFacebook was in fact happening, but that some members did not agree with the actions: “#OpFacebook is being organised by some Anons. This does not necessarily mean that all of #Anonymous agrees with it,” read a post on the account Wednesday morning.

On Wednesday afternoon another semi-official Anonymous Twitter account posted a document concerning #OpFacebook, saying the plot is actually just an ” At this stage, it is primarily an awareness campaign,” the Pastebin document said. “We are NOT taking FB offline, for practical and political purposes.”

The lack of privacy for Facebook users appears to be the main motivator behind the supposed Nov. 5 attack.

“Your medium of communication you all so dearly adore will be destroyed,” the members of #OpFacebook said in a YouTube video. “If you are a willing hacktivist or a guy who just wants to protect the freedom of information then join the cause and kill Facebook for the sake of your own privacy.”

Facebook declined to comment directly on this story, but did point us toward the company’s policies on deleting accounts and advertising.

The events surrounding #OpFacebook started July 16, when some someone created accounts to promote the attack on YouTube and Twitter. But the news didn’t actually pick up steam until yesterday, when several news outlets picked up the story.

Anonymous has gained a lot of exposure in the last year with attacks on PayPal, Visa, Amazon, Bank of America, and various world governments. On Monday, the group successfully hacked and defaced the Syrian Ministry of Defense’s website. Anonymous was blamed for the massive attack on Sony’s PlayStation Network, but it denied involvement.

The infighting and confusion within Anonymous, which comprises many hackers from numerous countries, is not new by any means. The diversity of hackers in the collective means some members don’t know what other members are doing or what they intend to do in the near future. Organized or not, anytime a group publicly plots to destroy a service that millions use, the people are bound to listen.