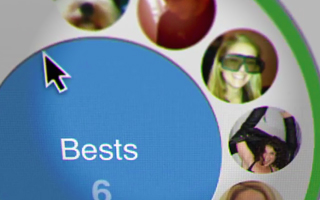 No one can doubt that Google+ circles are fun, easy to set up and innovative. In terms of user experiences, circles are one of the more exciting features we’ve seen in a social app in quite a while.

Touch-friendly and playful, circles bring something new and exciting to the stale fare at the social media table. But what remains to be seen is if circles will work for users in the long term. Will they be as easy to maintain as they are to set up? Or will they fade in usage just as other grouping features, such as Facebook Lists, have done?

To answer these questions and more, VentureBeat turned to Google+ engineer and former Plaxo CTO Joseph Smarr and Kik CEO Ted Livingston, who has spent a significant amount of time and funding on the idea of sharing with specific groups.

First, we asked Smarr where the idea for circles came from. He told us, “The inspiration for the conceptual model came from a mix of realizing that people have distinct social circles in the real world, and that when users can control who they share with, they respond by sharing more.”

In other words, circles were created to mirror the sociology of the physical world and to strip some of the artifice out of typical online interactions.

“Instead of treating everyone like a ‘friend’ or a ‘follower,’ in real life you engage with your family in a certain way and with your college buddies in a completely different way. Circles reflects that and allow you to be authentic, so you can share your bar-hopping photos with your college friends and share the latest Alzheimer’s research that would impact Aunt May with close family,” said Smarr.

Getting users to adopt the tool and set up new social networks was the first challenge the team needed to address. “The trick was to make it primary enough and fun and easy enough that people would be willing and able to set up their circles,” said Smarr. “We made it primary with the ‘add to circle’ button and the sharing UI in the share box where you choose explicitly who to share each post with.

“And we made it fun and easy with Andy Hertzfeld’s work on the circle editor, which sprung out of some creative prototypes Andy had been working on before Google+ started.”

Hertzfeld, along with former Google designer Shaun Modi, current Googler Jonathan Terleski and Smarr, are the four designers most responsible for the user experience and user interface of Google+ circles, one of the least Google-typical features the company has ever produced. As Hertzfeld told Wired during the Google+ launch, “I’ve heard in the past that Larry Page he didn’t like animations, but that didn’t stop me from putting in a lot of animations in, and Larry told me he loves it.”

We asked Smarr to contrast circles with existing social features, especially Facebook’s Groups and Lists, which directly compete with circles. He tells us, “Selecting the groups of people you share with is not an afterthought” in Google+; rather, it’s part of the architecture and was from the beginning.

“We built Google+ by putting sharing front and center, so you share what you want with the people you want,” he said.

Smarr also mentioned the problem of “social awkwardness,” which he said is exacerbated by other networks’ methods of grouping. Although Smarr didn’t mention Facebook Groups directly, his argument is certainly applicable to that feature.

“Shared groups still have this problem that everyone has to agree on who’s in and who’s out, and everyone sees the label of the group. This is fine for some cases (e.g. a well-defined group like a soccer team or book club), but it’s not ideal for more subjective groups like ‘Family’ or ‘Best friends’ (where everyone draws the line in a slightly different place and it’s socially sensitive to declare who you consider to be in or out)… Circles eliminate social awkwardness by giving each user control over exactly who is in which circle, and by making the circle labels private.”

However, Kik CEO Livingston said that the failure of Facebook’s grouping tools is part of the social network’s success, and one reason he believes Google+ circles won’t be as successful as the search company hopes. In a word, Livingston points out that in web-based interactions, we share because we are narcissists, and many of the best web apps cater to and capitalize on this behavior.

“If Google could personally train every person in the world, would people find value in Google+? To me, the fact that on Facebook you’re sharing with all your friends and not specific groups, that’s an advantage. It very much revolves around the social dynamics of real life. It gives people not an excuse, but an opportunity to share all kinds of content about themselves that make them look good.”

With circles, however, he said, “Because you’re explicitly sharing with specific people every time, you don’t have that justification.”

But Smarr added that while circles represent a break from how information is usually shared online, the experience lines up better with how people interact in real life.

“A common problem with online sharing today is that the audience is too wide, so people either overshare or undershare,” he said. “We want to better reflect users’ offline relationships by respecting the real social circles they have in their life. We believe this will make online interactions much more authentic and meaningful.”

Then, there’s the problem of maintaining groups. While the initial circle editing process is game-like and fun, keeping groups up-to-date, pruning them when necessary and even remembering who’s in which circle will become a hassle, Livingston argues.

Currently, the process of maintaining circles is something Google has tried to make as simple as possible. You can change someone’s circle by hovering over his name, and you can tweak who is in a circle on the fly while viewing that circle. Google also provides circle-related suggestions that are informed by your interactions within the product.

All this, said Livingston, is far too complex and time-consuming for the average user who doesn’t spend his life chained to a computer. “It would be better to create a group from scratch every time and let it be transient.”

“There’s no doubt we’ll need to do even more over time to help people curate their circles over the long term,” Smarr responds. “We want people to invest in building a great set of circles over years and hopefully even decades… We do think there’s opportunity to make maintaining your circles more of a fun game-like experience.”

In the end, Smarr points out, “We’ve got a number of ideas we’re exploring. Google+ is a project, and this is just the beginning. We’re excited for what’s to come.”

Will Google+ work in the long term?

Google itself is banking heavily on Google+ being the company’s lasting and successful entry into social media, a cutthroat landscape where the monetary value lies not in selling products to consumers, but in selling consumers (and their demographic information, social graph, preferences and more) to brands. Google already does a pretty good job of that with its ad products served around search and online content, but it’s beginning to feel a pinch from Facebook, a company with arguably much more specific data for targeting users.

To win here, Google+ will eventually have to pull ahead of Facebook, the leading contender du jour in the social space. And to win the crown from Facebook, Google will have to capture Facebook’s audience: Normal, average, non-tech-fixated people.

“I think these people will get the concept of adding people to a Circle; that’s fun and makes sense,” said Livingston. “But the underlying dynamics the service is based on — that you would take the people you know and carve them into groups that you explicitly share with — removes the vanity advantage of Facebook and makes it complicated to maintain in the long term…

Finally, Livingston asks the money question, the question that every Googler working on Google+ probably has to ask himself on a daily basis: “If Google+ doesn’t succeed, what happens? If Google loses to Facebook, where do they go from there?”