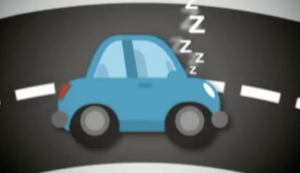 Car sharing startup RelayRides has raised $3.6 million in a round of funding only five months after its last, according to a form D filed with the SEC. Involved in the round are Google Ventures, August Capital.

RelayRides takes advantage of the wasted hours in the day when your car isn’t being driven. With RelayRides, car owners can make their car available for short-term rental, and approve the people who make rental requests. RelayRides takes 15 percent of the transaction cost.

The company received a $5.1 round of funding in March, which involved Howard Hartenbaum of August Capital and Joe Kraus of Google Ventures, both of whom are involved in this round.

When prompted for comment, RelayRides declined to provide details.

Since RelayRide’s last round of funding, its direct competitor Getaround won a Tech Crunch Disrupt award. Getaround performs the same service at RelayRides, while also engaging drivers through a mobile app, similar to popular car sharing service Zipcar. How RelayRides intends to compete remains to be seen, but already it has one edge: Car owners on RelayRides take 65 percent of the total rental fee while Getaround users get only 60 percent.

The virtual car rental space isn’t an empty one, and it is starting to see some niche offerings. For example, HiGear connects luxury car owners to customers looking for a cherry rental. The company covers insurance, verifies renter’s identity and does a DMV background check in order to keep transactions copacetic.

RelayRides was founded in 2008. The company is headquartered in San Francisco, Calif. and has a satellite office in Boston, Mass.