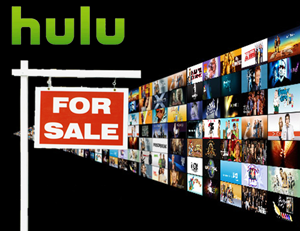 Initial bids for video streaming service Hulu are expected by next week, according to a source familiar with the matter, reports All Things Digital.

The source also speculates that Hulu’s owners expect the bidding to begin at $1.5 billion from a shortlist of potential buyers in the tech/media business, including Yahoo, Microsoft, Google, DirecTV, Apple and Amazon.

Hulu’s owners — Disney, News Corp., Comcast and Providence Equity — decided to put the company up for sale in June, citing disagreements on the direction the streaming service should take.

After the initial bids are in, the discussion will logically move to what the terms of a Hulu sale would be. It’s likely that any acquisition will include a multi-year licensing agreement for Hulu’s library of exclusive television programming, which is crucial to the streaming service’s value, as we’ve pointed out in the past.

Hulu’s exclusive television content has attracted more than 600 major advertisers, including Nissan, McDonald’s and Johnson & Johnson. The company is expected to rake in $500 million in revenue from ad sales and fees from its premium subscription service.

Despite the impending sale, Hulu is showing no sign of slowing down. The company announced that it would hit a million subscribers to its premium Hulu Plus service in early July. More recently, Hulu announced its plans to expand into Japan — its first step into an international market.