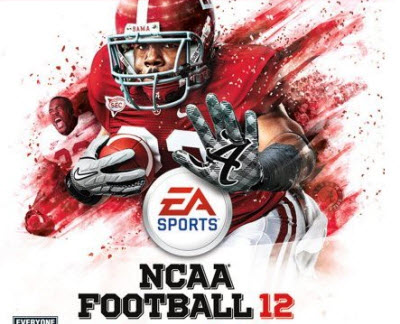 The U.S. retail game industry continues to suffer from a low rate of new game releases. Now we know just how much, thanks to market researcher NPD Group.

In July, video game sales cratered 26 percent compared to a year ago, following a 10 percent overall drop in June and the worst month since 2006, NPD reported.

While it may seem like the game industry is in a funk, these sales numbers reflect only retail sales. Other digital sales — including used games, rentals, online games, mobile games and social games — show constant growth.

“There is no getting around the fact that video game sales in the new physical retail channel suffered its lowest month since October 2006,” said Anita Frazier, an analyst for NPD.

She said that, despite the very rough month, new physical retail sales are down just 4 percent year-to-date and, based on seasonality trends observed over the last 10 years, the trend for the year is expected to be flat to down 2 percent in overall sales.

If you throw in the sales of PC, console and portable games, the total is $356.9 million, down 30 percent from $509.3 million a year ago. That means that PC games are also suffering pretty bad right now.

Last year saw the release of RockStar Games’ Red Dead Redemption, while this year RockStar (which is owned by Take-Two Interactive) released the highly acclaimed LA Noire detective game in May. LA Noire dropped off the top ten list already. Meanwhile, Take-Two’s big release for June, Duke Nukem Forever, completely cratered and fell off the list in July. The game was panned by critics.

The NCAA game’s results are a big victory for EA, since sales of this year’s title are up 15 percent compared to a year ago.

Microsoft said it held 45 percent share of the overall current-generation game console market. It said it sold 277,000 Xbox 360s in July, maintaining the No. 1 spot. It said it was the fifth month where the Xbox 360 held more than 40 percent of the current-generation market share. Total retail spend on Xbox 360 products was $250 million, the most for any U.S. console, but down from $350 million in June. Microsoft was down from a year ago, but last year’s sales were pumped up by the launch of a slimmer model, Frazier said.

Frazier said that a year ago, 19 games sold more than 100,000 units. This year, only eight games sold more than 100,000 units. That was because there were so few new releases. Last year, 29 games were released in July, while this year there were only 17 releases. August could also be a slow month because EA’s Madden NFL 12 won’t release until Aug. 30 this year. 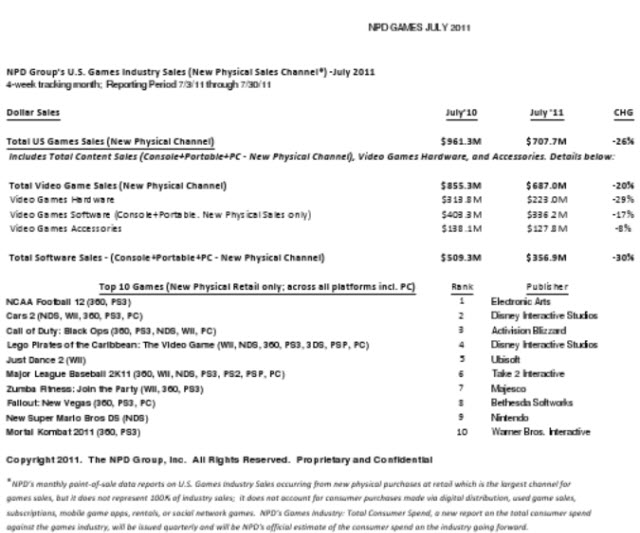