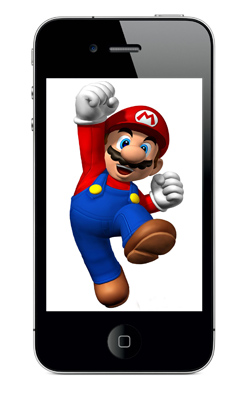 Nintendo investors are extremely unhappy with the company’s nearly 30-year old strategy of making games only for its own consoles and have started demanding the company make games for smartphones as well, according to a Bloomberg report.

Investors should rightfully be dissatisfied. The new 3DS handheld has had poor sales, with less than a million units sold in the U.S. in its first months. This prompted an unprecedented, desperate 32 percent price cut in the U.S. and a 40 percent price cut in Japan. The biggest problem with 3DS sales, Nintendo said a few weeks ago, is that it doesn’t have enough high-profile games. It hopes to correct that later this year with the release of Super Mario 3D Land, Star Fox 3D, Mario Kart 7, and Kid Icarus: Uprising.

Then there’s the underwhelming Wii U, which looks more like a small upgrade to the Wii rather than an entirely new console. While the Wii was extremely successful in selling units on its motion control scheme, it wasn’t nearly as strong in game sales. Sony’s PS3 and Microsoft’s Xbox 360 both look poised to keep churning out good game experiences for the next few years, while Nintendo’s next offering hardly increases power and only adds in a gimmicky touch-screen controller.

However, Nintendo President Satoru Iwata has said in the past the Japan-based company will only make games for its own devices as long as he’s in charge, showing a frustrating inflexibility to realize the challenges of the next few years. Nintendo has sold 4.3 million 3DS units worldwide so far, but Apple alone last quarter sold 20.3 million iPhones, 7.54 million iPods, and 9.25 million iPads. Think of how many more potential customers there are to sell games to.

“For many consumers, the phone or tablet is now the mobile game console of choice without the need to carry cartridges or disks and a much lower average price per game,” Gartner mobile analyst Michael Gartenberg told VentureBeat. “Given Nintendo’s strong intellectual gaming properties, it’s certainly something they need to consider and how their software business can grow relative to their hardware business.”

I agree that Nintendo should still invest time and money creating unique game experiences for 3DS. Since Nintendo has already invested itself in this hardware, it should create premium games that make it a must-have system for hardcore gamers. Heck, it should reserve its very best handheld titles for the system to justify the $30 to $40 price tag on those games.

But the company needs to sell on the iPhone and Android too. For example, it could easily resell some of its most popular classic games on the iPhone and Android. I know plenty of iPhone owners who would shell out $5 to $10 to replay well-made versions of Super Mario Bros. 3 or The Legend of Zelda on their phones. Nintendo could also make original touch games starring lesser-known characters like Wario and Bowser. WarioWare for iPhone, anyone?

Gaming heavyweights Electronic Arts and Square Enix have already released several titles for smartphones, with the understanding that they need games for every possible platform. EA’s Sims titles are great fun on the iPhone and Android, while Square Enix has released remade versions of older Final Fantasy titles for iOS. Nintendo could take a similar approach.

I fully expect the 3DS to be the last handheld that Nintendo makes. As smartphones and tablets get more powerful, they will become even better gaming units, and they provide much more outside of gaming than a 3DS can. Nintendo needs to wake up, and soon, if it doesn’t want to become the next Sega. Of course, Sega went downhill after it canceled its Dreamcast console and gave up on hardware. The company took Sonic and its own games across all platforms, but not in an effective way.

Do you want to see Nintendo release new and classic games on the iPhone and Android platforms?