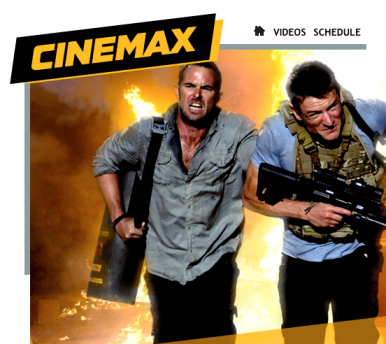 Fresh from its successful implementation of the HBO Go app, Home Box Office is launching a new MAX Go app. The app will stream the HBO-owned Cinemax channel’s library of content across multiple devices.

Versions of the app are available for Apple’s iPad, iPhone and iPod touch, as well as select devices running Google’s Android operating system. Much like HBO Go, the MAX Go app is free of charge to Cinemax subscribers through a participating television provider, including Charter, Cox Advanced TV, Verizon FiOS, AT&T U-Verse, Suddenlink, DIRECTV and DISH Network. For now, it appears one of the largest bases of cable subscribers, Comcast, will not be included in the launch.

MAX Go subscribers have access to over 700 hours of programming, including Cinemax’s first original series Strike Back, which premieres tonight. Like HBO has done in the past with True Blood and Game of Thrones, MAX Go subscribers will be able to watch next week’s episode a week early in the app.

Being able to offer original programming incentives has been crucial to the success of HBO Go’s adoption. However, unlike with True Blood and Game of Thrones, Strike Back doesn’t have a large built-in audience. Personally, I’ll be curious to see how well the app fairs with this kind of set-up — especially since Netflix is essentially doing the same.

The launch of the MAX Go mobile app also coincides with the debut of the redesigned Cinemax.com.