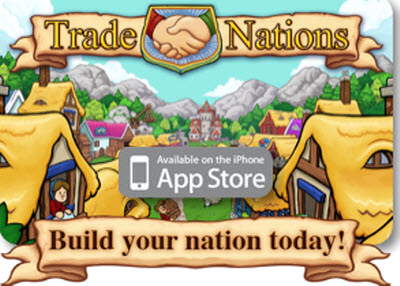 Bight has a solid track record in “freemium” games (where the app is free and users pay real money for virtual goods) on Apple’s iOS platform (iPhone, iPad, and iPod touch games). In a blog post, EA Interactive chief Barry Cottle says, “The freemium game model in mobile is here to stay and it’s growing fast.”

EA didn’t disclose the purchase price, which means that the deal is a relatively small one. By contrast, EA paid at least $750 million for PopCap Games last month in order to become more competitive in the social, mobile and casual games markets.

Consumers are flocking to the in-app-purchases business model now that they are more comfortable with the idea of trying out a game for free and paying for goods only if they really like the game.

One of the Bight Games’ biggest hits is Trade Nations, a perennial top 50 grossing app in the iOS App Store. The company recently moved the title to Facebook.

Bight Games is based in Charlottetown, Prince Edward Island in Canada. Its team will join EA’s growing base of game developers in Canada. The deal will close later this month.