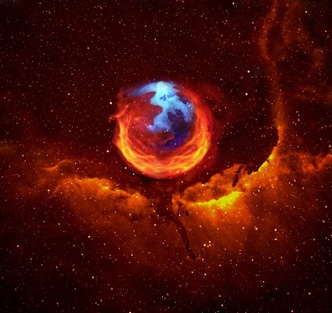 Though several reports have suggested users can download the new Mozilla Firefox 6 browser early from the company’s FTP server, Mozilla says that version is not final and the real build will be available tomorrow.

“As part of Mozilla’s open source development process, we post our builds publicly for testing and verification,” a Mozilla spokesperson told VentureBeat. “While we appreciate everyone’s excitement about the Firefox release, these builds are currently not final and are still going through QA testing.”

While tomorrow’s releases are probably extremely similar to those on Mozilla’s servers, it’s not that hard to wait an extra day to be sure. Well, maybe a little.

Firefox fans have good reason to be excited for the new release. General improvements include a slight decrease in startup time, a performance boost for Linux users and a feature that highlights the domain you are actually at in the URL address bar. The new build also features a handy permissions tool that lets people set site-specific permissions for saved passwords, popups and cookies.

Mozilla has mimicked Google Chrome’s rapid release schedule and plans to release new builds of Firefox much faster than it previously did. Businesses have balked at the rapid release cycle because it takes time to test plug-ins and administrators don’t want to update a large number of machines every few months to get security updates. But, to be fair, Mozilla is aiming the product mostly at consumers rather than businesses.

Are you excited about the new build of Firefox or have you switched over the Chrome or IE9?