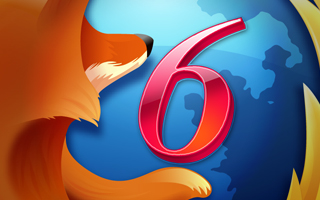 Firefox 6 is available for download today, and Mozilla wants developers to know the release includes some special tools just for them.

There aren’t any major interface tweaks in Firefox 6; you’ll pretty much be seeing the same browser you’re used to already. Some of the user-facing changes include a highlighted URL in the address bar, easier access to Firefox Sync and some performance enhancements. The new release also gives users a new permissions tool that lets them set permissions for saved passwords, pop-ups and cookies on a site-by-site basis.

For developers, the most significant additions to Firefox 6 are the element, which displays system progress bars for tasks in progress; touch events, which support touchscreen functionality; and server-sent events, which allow server-side script to generate client-side events accompanied with data. 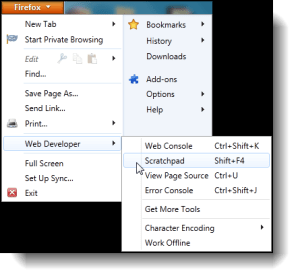 Mozilla has also brought back WebSockets. WebSockets enable interactive communication between the browser and the server and are used for chat and gaming programs, among others.

Another new feature in Firefox 6 is the Window.matchMedia API. “This is basically the media queries equivalent to querySelector, matchesSelector and friends,” writes Mozilla engineer David Baron. Simply put, the API will help you optimize your website or mobile web app across a range of devices and operating systems.

In the browser itself, Mozilla has added a new Web Developer menu that should help with creating and debugging sites from the browser. From this menu, you can access the new Scratchpad tool, an interactive JavaScript prototyping environment that allows you to enter, execute, test and refine JavaScript snippets in the browser. Mozilla has also improved the Web Console, giving it auto-complete features and customizable console location.

You can check out other changes for developers at Hacks.Mozilla.org.

The roll-out also included some improvements to Firefox for Android, including tablet-optimized interface features, a new homepage, better image rendering and a more “Android” look and feel overall.

Firefox 6 comes quite swiftly on the heels of its predecessors. Firefox 5 only launched near the end of June 2011, and Firefox 4 made its debut just months before in the spring.