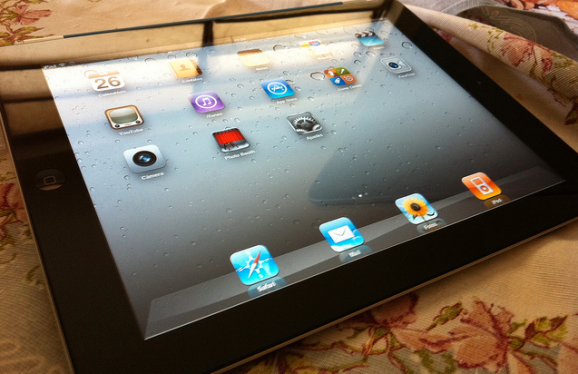 After numerous rumors circulated that a new model of Apple iPad would be released in late 2011, a new report from Digitimes says those plans have been cancelled due to slow production of a higher-resolution iPad screen.

The iPad is the most popular tablet PC the world over, and Gartner estimates 68.6 million iPads will be shipped next year. While Android tablets have cut into the iPad’s market share by about 20 percent, the iPad is still projected to have 47.1 percent of the market in 2015, while Android will move to 38.6 percent.

The cause of the supposed delay falls on Apple’s display partners including Sharp, LG and Samsung. The companies have not been able to manufacture the high-resolution 9.7-inch “retina display” panels fast enough, indicating the process is more difficult than making the iPhone 4’s retina display. The report describes the technical challenges as such:

Sources from panel players also pointed out that the 9.7-inch panel with high resolution requires a much larger backlight source and a single edge light bar is hardly able to reach satisfaction levels. Due to iPad 3’s requirements over the physical thinness, rich color support and toughness will all conflict with the panel’s technology restrictions; therefore, this could cause a delay in the launch.

The report also says orders for the iPad 2 in the second half of 2011 will remain at 28 to 30 million units. Apple likely expects demand during the holidays to sell through its stock of iPad 2 models to make way for the new models in early 2012..

While rumors have been circulating about the “iPad 2 Plus” or “iPad 3” coming out near the end of this year, we had a hard time believing it would happen based on Apple’s history. Normally, Apple launches a new product once each year around the same time. However, there has been some variation on that theme this year with a MacBook Air refresh that come sooner than expected and a new iPhone model that is taking longer than usual. For now, we’d bet on the iPad 3 being released in the first or second quarter of 2012.

Are you looking forward to the launch of the next iPad?