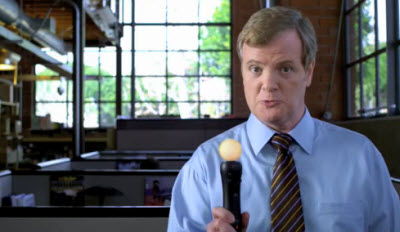 Sony has confirmed that it has cut the price of the PlayStation 3 video game console from $299 to $249.

Sony made the announcement at the Gamescom game event in Cologne, Germany, today, confirming rumors that surfaced in June. That price cut isn’t a huge one, but it reflects the fact that, with manufacturing efficiencies and higher volumes, the costs of making the consoles keep dropping.

Sony last cut the price of the PS 3 in 2009, when it introduced the PS 3 Slim with cost-reduced components. The move will put more pressure on Microsoft, which has also gone some time without a price drop on its XBox 360.

Microsoft hasn’t been motivated to lead the price cut this time around because it has had the leading console in terms of unit sales for the past year or so. Nintendo cut the price of its Wii console a few months ago. It also has announced a replacement, the Wii U, coming in the near future. And Nintendo also cut the price of its handheld 3DS from $249 to $169 in the past week.

Kevin Butler (pictured), the celebrity spokesman for Sony, confirmed the price drop in a tweet, “There are now 50 less excuses for not owning a PS3. #PS3now249.”

Sony introduced the PS 3 in 2006 at a price of $600. Since that time, it has added larger and larger hard drives and cut the price to stay competitive with the Nintendo Wii and the Microsoft Xbox 360.

“It is no secret that the PlayStation 3 has been struggling for some time against the Microsoft Xbox 360 in North America (but slightly outperforming in Europe),” said Jesse Divnich, analyst at market researcher EEDAR. “This price reduction will undeniably increase hardware and software sales of the PlayStation 3 in all regions, both in the short and long-term.”

He also said the price cut should create some excitement about hardware and software sales going into the fall season. Last month, U.S. video game sales fell 26 percent, the worst performance since 2006.