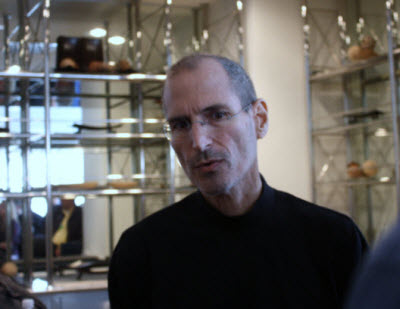 Steve Jobs’ long-awaited biography is scheduled to be published on Nov. 21. Based on more than 40 interviews with Jobs, the book promises to be one of the most interesting reads of the decade for people who follow the tech industry.

The book is being written by Walter Isaacson and will be published by Simon & Schuster ahead of its original March 2012 schedule. Called “Steve Jobs: A Biography,” the book should be a fascinating look at the man behind so many legends at Apple and Pixar.

Jobs has led a charmed life, from the creation of Apple, to his downfall during the John Sculley days, his shepherding of Pixar, his return to Apple, and his triumphant victories with the launches of the iPhone and the iPad.

Jobs cooperated with the former Time magazine managing editor and he evidently has no veto power about what Isaacson writes in the book. Isaacson has been working on the book since 2009 and has had full access to Jobs, his family, colleagues at Apple and competitors. Full told, Isaacson interview more than 100 people for the book.

The book site says, “Walter Isaacson has written a riveting story of the roller-coaster life and searingly intense personality of a creative entrepreneur whose passion for perfection and ferocious drive revolutionized six industries: personal computers, animated movies, music, phones, tablet computing and digital publishing.” Jobs reportedly put nothing off limits in the conversations.

Many books have been written about Jobs’ life, but you can bet that the 40 interviews these guys together weren’t about hashing over old stories. One previous book, iCon: Steve Jobs, the Greatest Second Act in the History of Business,” was banned from Apple stores. That book argued that Jobs had very little to do with the success of Pixar. But however the spin that gets applied to the facts, I expect this book to open a huge window into how one of Silicon Valley’s consummate insiders experiences life and business.

Isaacson has written best-selling books about Benjamin Franklin and Albert Einstein. Jobs has been on a medical leave since January. He has been treated for pancreatic cancer and has had a liver transplant. Given his brush with mortality, I can see why Jobs cooperated with a journalist to get his own views about his life published.