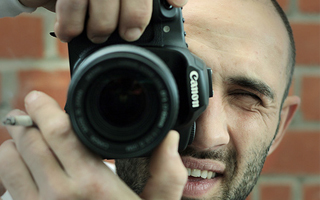 Just in time for the August 20-21 Photo Hack Day, Flickr has unleashed some new tools for providing real-time photo data to web apps.

That means you can soon look forward to apps that make more extensive — and immediate — use of what’s going on in your Flickr photo stream and those of your friends.

Back in June, the photo-sharing service allowed developers to access photos and favorites from a user’s contacts in their applications using some of Flickr’s nifty PuSH API methods.

The new APIs make use of Pubsubhubbub (for instant notifications when something is published — say, a new photo) and allow developers to grab a lot more interesting data for their users, including:

When grabbing photos from the Commons, you can specify a particular institution or institutions to pull from — for example, you could just get pics from the Smithsonian and the White House. Or, you could scrape all photos and updates from the Flickr Commons in real time.

As for geodata, you can specify an area using a point and radius or a set of WOE IDs, then subscribe to images from that area. This would be handy for getting a real-time stream of photos of tourists “holding up” the Leaning Tower of Pisa, to name a terrible example that should never be implemented by anyone.

Etsy developer Kellan Elliot-McCrea was kind enough to post about how to get started with the new APIs, including some lovely PHP snippets.

Flickr will be at Photo Hack Day (or, more accurately, Photo Hack Weekend) in New York City this weekend. Flickr dev Paul Mison will be on hand to talk about the Flickr APIs and answer questions.