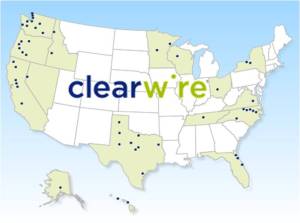 Sprint has entered discussions with cable companies about an investment deal that could result in the carrier acquiring wireless network partner Clearwire, reports Bloomberg.

Sprint currently owns the largest share of Clearwire, but the company would like to purchase shares owned by Comcast, Time Warner Cable Inc. and Brighthouse Networks. Such a move would allow the carrier to have complete control over Clearwire’s WiMax network, which it currently doesn’t have despite having the majority stake in the company.

Both Sprint and Comcast are discussing a deal to provide funding to Clearwire to build out its high-speed wireless network, according to the report. Clearwire plans to spend an estimated $600 million to upgrade its network to the Long-Term Evolution (LTE) technology, which is what Verizon, AT&T and Sprint’s most recent partner LightSquared are using.

Clearwire shut down its retail business in February to focus on improving its network. However, the company has failed to make serious headway. An investment would presumably correct this situation.

The move to an LTE network is necessary for Clearwire to stay competitive, according to the company. As VentureBeat has reported in the past, Clearwire’s WiMax network is less than desirable compared to other high-speed networks.

We have reached out to Clearwire, Comcast and Sprint for comment. We will update this report with any statements we receive.