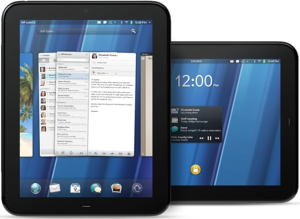 One reason HP may have shuttered its webOS-based devices unit Thursday may be that its hardware was only half as fast as its major competitor.

A report from The Next Web says HP internally tested webOS on an Apple iPad 2 and found that the operating system ran over twice as fast on Apple’s hardware, suggesting HP didn’t build a good enough tablet to attract customers.

Additionally, an internal HP source reportedly said the TouchPad hardware prevented the team from innovating “beyond a certain point” because it was too slow. The team also tried deploying webOS through Apple’s mobile Safari browser as a web application and it ran several times faster there too.

No wonder demand for the HP TouchPad was nearly nonexistent: It just wasn’t powerful enough to run its own OS properly.

This raises the question that if HP had decided to produce a more powerful and better equipped TouchPad, could it have succeeded? We think so.

HP made some stunning decisions Thursday, including making a large bet on enterprise software with the $10.3 billion acquisition of Autonomy and moving away from hardware by exploring options to spin off its PC business. Killing webOS devices fits in with its goal of getting rid of the PC business. HP reportedly told its employees that it is “not walking away from webOS,” but because it killed the hardware unit that runs it, the future is not encouraging.

webOS originally came from Palm, which HP bought for $1.2 billion in 2010. HP said that it wanted Palm for more than just its smartphones, and that it had big plans to bring webOS to netbooks and tablets as well. Obviously, that didn’t turn out so well.

What do you think of the death of HP’s webOS devices?