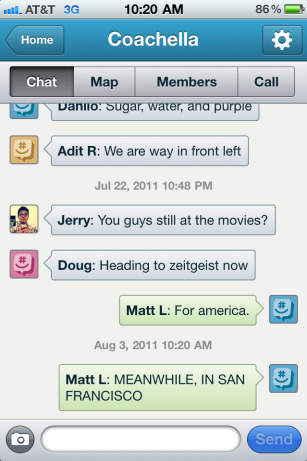 Group texting application GroupMe’s high-profile acquisition today by Skype could be the first indication that the zero-revenue company is back in style.

Of course, there’s a long history of companies with zero revenue being acquired. But this is one of the highest profile among such acquisitions so far this year.

The company hasn’t made a dime since its inception. It raised $10.6 million in January this year, and at the time co-founder Steve Martocci told me he was focusing entirely on customer acquisition and building out the service. He’s kept up with that promise so far — the company unveiled a slick new version of its mobile app just last month. But a revenue source is still a ways off.

And now Skype, an online messaging and phone service that uses voice-over-Internet technology, has bought the revenue-less company. It reportedly paid more than $50 million — as high as $85 million, according to reports buzzing about the Internet. Whether it’s a talent acquisition or part of the massive group messaging land grab, it’s a lot of money for a company with no revenue.

GroupMe is a group-texting service that creates a virtual chat room around text messages. You create a phone number that anyone who signs up to the group can text. That text is then delivered to everyone in the group. You can make as many groups as you want. It works for conference calls as well — anyone can dial in to the number and start a group chat.

The company was looking into using sponsored texting groups and branded groups that other businesses could use as advertising, but there still wasn’t a roadmap for that monetization strategy as of July, the last time I spoke with Martocci. The company doesn’t have any plans to change their upcoming monetization strategy (or possibly lack thereof), a GroupMe spokesperson told me today.

“Monetizing chat has been very hard,” August Capital and early Skype investor Howard Hartenbaum told me. “If GroupMe sold for more than $50 million, then that’s a huge win for them.”

There is a chance that Skype is using this as a talent acquisition, even though Skype chief executive Tony Bates described the deal as a way to help Skype reach the company’s target of 1 billion users. Bates said GroupMe creates an “instant sticky feeling” — which I’d have agree with, since I have a huge crush on the service and its text-messaging component.

There’s also Kik, a mobile messaging service that has grown like wildfire since launch because it’s blazingly fast. (I personally use that one as the fastest way to get in touch with VentureBeat editor-in-chief Matt Marshall.) Group texting and messaging obviously carries a lot of value. There are other group-messaging applications like Highnote. Google also introduced a mobile group messaging system called Huddles in its latest social networking site, Google+. All of those companies still rely on wireless data, whereas GroupMe sits on top of text messaging (but still gives its users the option of using data.)

“We’ve been expecting to see competition in the space, but this does not change our focus on delivering the best service possible,” a GroupMe spokesperson told me today. “Our goal is to bring people closer together in real life and help our users to solve real communications problems.”

Manquisitions are also pretty common — startups that are now bombshell companies like Twitter and Facebook have been acquiring small startups for their teams since inception. It’s a smart way to pick up savvy engineers and professionals without having to poach them with sweet deals or spend a lot of time hunting down talent. The GroupMe team was able to turn a hackathon idea into a working and popular application and build an entire company in the span of a year. It’s natural to expect that Skype would be keen on picking up the GroupMe team, which appears business-savvy enough without revenue. 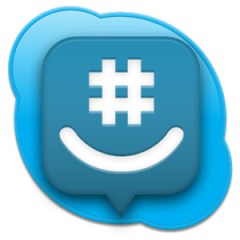 Even at face value, the deal is elegantly sensible. GroupMe is built on top of a service provided by Twilio, a San Francisco-based startup that provides access to voice and text-messaging services that might otherwise be out of reach to small companies. GroupMe was born on top of text messaging and independent of wireless data. Skype has its own way of using phone networks and text messaging.

GroupMe will still run its own messaging app and the text messaging service will be preserved for the time being, a GroupMe spokesperson said. That’s a sigh of relief – at least for me and my relentless infatuation with text messaging. But whether it’s a talent acquisition or not, it’s clear that group texting carries enormous value — so much so that Skype is willing to bet a lot of money on a company that still hasn’t quite secured a business model.

“The shift in smartphones and things you’ll be able to do that you’re seeing now, like messaging, that’s gonna be bigger then the PC and web revolution,” Kik founder Ted Livingston told me. “The odds that you get on a wave like this, it’s like once in a lifetime.”