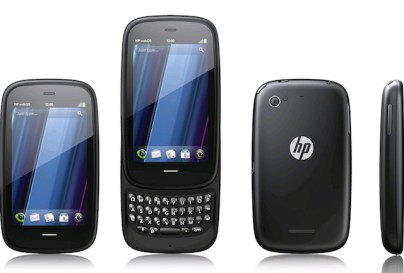 If recent news about HP’s bumbling of webOS is giving you a headache, you may want to stop reading right now.

The company apparently gave up on a string of cool webOS devices when it announced that it would no longer build hardware for the platform, including a fully touchscreen phone, a 7-inch tablet and a netbook, according to a post by GDGT developer Aaron Draczynski.

But worry not, HP has promised that it’s still working on bringing webOS to PCs and printers — something I would wager nobody gives a damn about — reports All Things D’s Ina Fried, who spoke with webOS chief Stephen DeWitt earlier today.

Sources at HP told Draczynski that the company managed all of its product development in-house, which led to delayed design cycles and limited development resources. “By the time new devices were ready for production, some of their designs were almost half a year old or more,” he wrote. “That’s a pretty long time in the rapidly changing world of smartphones.”

HP apparently had several slab-style (without a hardware keyboard) touchscreen phones in the works. One, dubbed the “Windsor,” was supposed to launch late last year, but it was cancelled due to missed deadlines by the hardware team and a “non-competitive design.” A second slab, the “Stingray,” had better hardware — including a large screen, 8-megapixel camera, and front-facing camera — but carriers gave up on it because HP took too long to finalize its software. (Spy photos of the Stingray were spotted in the wild back in April.)

Draczynski also confirmed that Palm had a 7-inch tablet called “Opal” in the works, which was rumored way back in January. It was supposed to launch later this year as the “TouchPad Go,” according to FCC filings discovered by Engadget. Perhaps strangest of all, HP was apparently working on resurrecting Palm’s foiled Foleo project by putting webOS on a netbook. Draczynski says that HP had a special version of webOS dubbed “Dartfish” running on the tablet in the late Spring.

As for the future of webOS, DeWitt remained cagey in his conversation with Fried. He confirmed that webOS will still make its way to PCs and printers, but he declined to say when that would happen. At least there’s good news for recent Veer and TouchPad fans: DeWitt says that there will be further software updates issued to the devices (I wouldn’t wager on that lasting too long though).

He also said that HP’s Pre 3, which was announced way back in January alongside the Veer, will still launch in “very selective areas.”