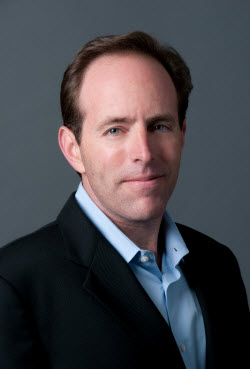 Lithium, a company that makes customer relationships more social, is announcing today that it has hired a veteran Adobe executive as its new chief executive.

Rob Tarkoff (pictured right) will replace founder Lyle Fong (pictured below) as CEO of Emeryville, Calif.-based Lithium. Fong will become the chief strategist and remain on the board. The change is effective Sept. 2.

The new addition will help the company figure out how to further marshal the power of company customers so they become passionate advocates who save a company money rather than whiny complainers who cost the company money. As Lithium puts it, they turn a customers’ passion into a company’s assets for marketing, product development, sales and customer service.

“We think of this category as social business,” said Fong in an interview. “And Lithium has been on a tear. We have grown well. We have bigger customers. It is no longer an experiment.”

Lithium has an interesting business where it enables companies to engage with their users by building out a community fan base for the companies. For example, Lithium can enlist customers of Best Buy and organize them into teams of community volunteers. Those volunteers can answer questions for other fans in exchange for achievements and community recognition. The more questions you answer from neophyte customers, the more achievements that you get as a community expert. Meanwhile, the company’s customer service costs drop because the community representatives answer more questions for the customers. It’s a kind of gamification (the use of game-like features in non-game applications), where users are rewarded with game-like prizes in exchange for their efforts. 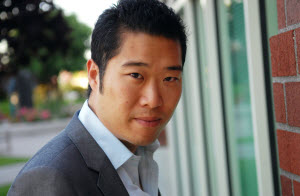 Lithium goes into big companies and sets up their customer service organizations and web presence so that customers can get answers and advice about a company’s products quickly and easily. They don’t have to make an expensive call to customer support; they just look it up on the web or get an answer from a community expert. Beyond that, Lithium has expanded into new ways of helping companies engage with their customers in social ways, Fong said. In May, 2010, Lithium bought social monitoring startup Scout Labs.

“We are building more strategic relationships with companies,” said Fong, who was once a professional gamer and whose brother, Dennis Fong, is CEO of gamer social network Raptr.

Tarkoff was senior vice president and general manager of the digital enterprise solutions group at Adobe. That business has annual revenue in excess of $1 billion. In an interview, Fong said that he and his board wanted to find someone who could take the company to the next level of growth. They felt that Tarkoff fit the bill, since he pioneered Adobe’s customer experience management strategy and was responsible for core offerings at Adobe such as Acrobat, Adobe Connect Web conferencing and other businesses. He oversaw Adobe’s acquisition of Day Software, which brought social customer relations to Adobe. Previously, Tarkoff held executive positions at EMC, Documentum, and Commerce One.

In an interview, Tarkoff said, “We’ve seen the power of external social platforms and what it can do for businesses. That has fueled Lithium’s growth, but it’s a market that is in its early stages. Lyle has evangelized this category. Now companies are making investments in managing social communities.”

Fong said that Lithium has seen big growth in 2011, with a 100 percent increase in its community deployments. The company’s communities include more than 20 million registered users for brands such as The Home Depot, Sephora, Best Buy and Verizon. Lithium has more than 180 employees and was founded in 2001 under the name Gamers.com.